Lunar eclipse 2018: Mumbai to watch once in a blue moon today 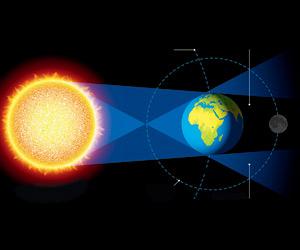 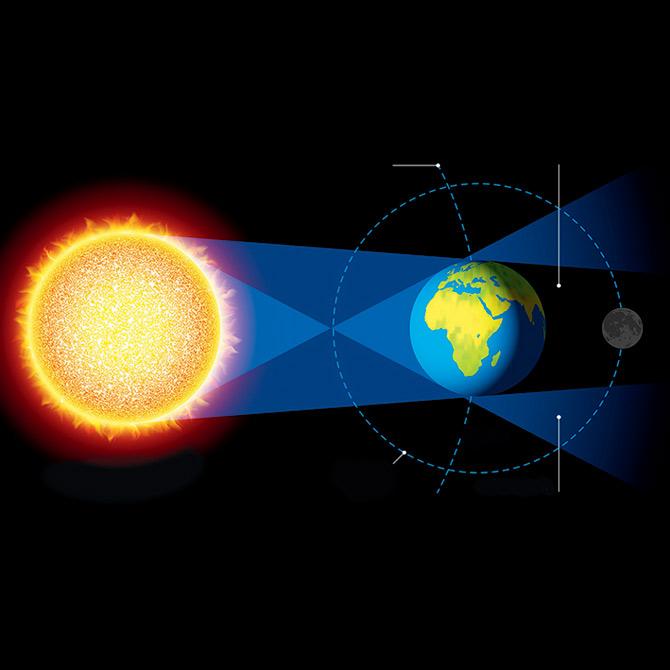 A Full moon and a total lunar eclipse, in the same month that began with the super moon – now, that's something that occurs once in a blue moon. And, a blue moon it will literally be, as January 31 will see the second full moon in a calendar month. Mumbai will be witness to the phenomenon for over an hour while the moon moves into the total eclipse phase. 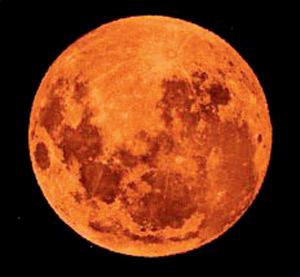 Much to the joy of stargazers, the year began with a super moon [the one that occurs when the moon is closest to the Earth and appears 14 per cent bigger and 30 per cent brighter] on January 2. Speaking to mid-day, Arvind Paranjpye, director, Nehru Planetarium, said, "All over India, the eclipse will start when the moon is below the horizon. But, as it heads towards a total eclipse, the moon will rise above the horizon and it will be in clear view." "The phenomenon will take place at 6.20 pm. The eclipse should reach totality at 7 pm and end at 7.37 pm. So, celestial viewers will have around an hour and 16 minutes to view the magnificent event," he added. 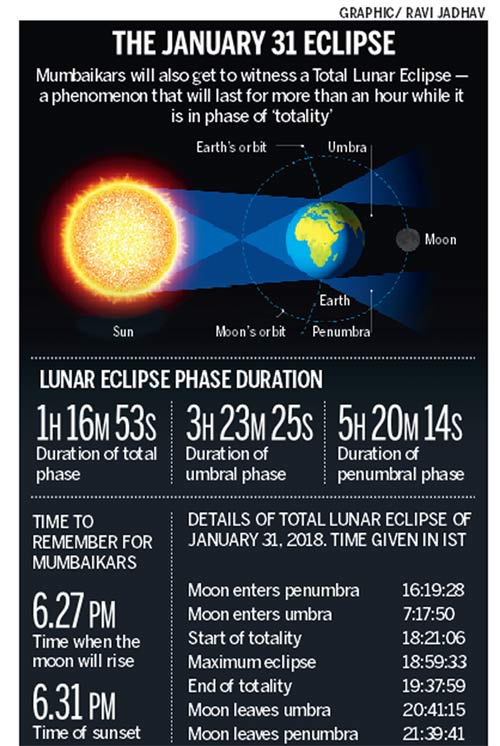 Why the red moon?
Apparently, during the total phase of lunar eclipse, the moon appears red in colour. Paranjpye said, "The colour can be explained by the same logic why the sun appears red during sunrise and sunset. Fine particles in the Earth's atmosphere scatter the blue component of the solar spectrum and what reaches us is the red part. These red wavelengths fall on the moon, giving it a reddish hue." However, Paranjpye added that January 31 wouldn't witness a super moon.