Kodak Pharmaceuticals will make critical pharmaceutical ingredients that have been identified as essential but have lapsed into chronic national shortage, as defined by the Food and Drug Administration 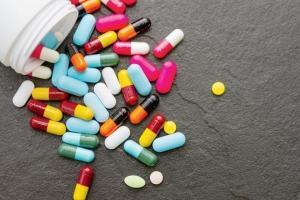 
Eastman Kodak will receive a federal loan of USD 765 million to help reduce reliance on other countries for ingredients in generic drugs, an agreement President Donald Trump hailed Tuesday as a breakthrough in bringing more pharmaceutical manufacturing to the United States.

Kodak Pharmaceuticals will make critical pharmaceutical ingredients that have been identified as essential but have lapsed into chronic national shortage, as defined by the Food and Drug Administration.

The Kodak unit will have the capacity to produce up to 25 per cent of the active pharmaceutical ingredients needed to make generic drugs in the United States, Trump said.

'We must never be reliant on a foreign nation for America's medical or other needs," Trump said at the White House.

Shares of the one-time photography giant, based in Rochester, more than tripled on the announcement by the U.S. International Development Finance Corp.

Kodak has branched out to offset the large scale loss of its film business. Adam Boehler, who heads the IDF, said he learned that the company was interested in creating a start-up that could supply ingredients for pharmaceuticals.

'If you look at drugs, 90 per cent of the drugs that we take today are generics, and they are almost all made overseas,' Boehler said in an interview on CNBC. “The dominant manufacturer of ingredients for generics is China, and No. 2 is India. And so, we said if we're going to re-shore and bring things back and we're going to have safety and security going forward, we need to change that.'

Trump called Kodak 'one of the great brands in the world" and added that "then people went digital and Kodak didn't follow." He said the company has now hired some 'of the best people in the world" for its new venture.

In a statement, IDF said that once it is fully operational, Kodak Pharmaceuticals would support 360 direct jobs and an additional 1,200 indirectly.

Trump's rival in the presidential election, Democrat Joe Biden, has been criticising the Trump administration for not pressing more companies into the production of ventilators and other critical medical and protective equipment during the virus outbreak under the Defense Production Act.

The law gives the president emergency authority to take a range of options, including prioritising orders from the federal government as well as offering loans.

The Republican president has countered that his use of the authority has been effective enough to save lives by "removing obstacles in the supply chain." He said Tuesday it was the 33rd time he has invoked the Defense Production Act.