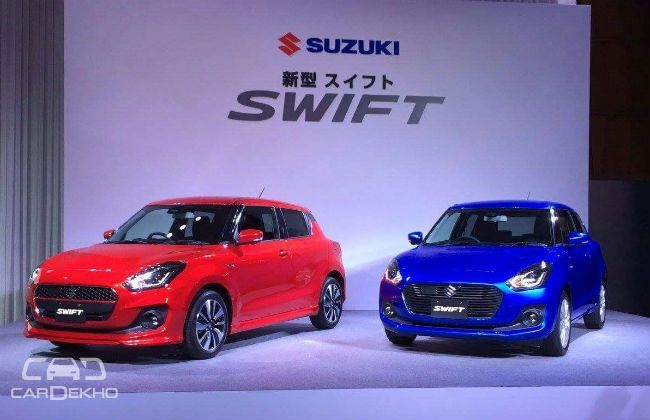 Japanese auto major Suzuki has finally taken the wraps off the all new Swift hatchback, which will go on sale in Japan on January 4, 2017. The Swift, since it was launched in 2004, has gone ahead to become one of the most successful car marques in the car firm’s history. It has sold over 5.3 million units worldwide.

The new Swift is built on a light and rigid new-generation platform, named HEARTECT. For the Japanese market, Suzuki will offer the new Swift in two avatars - Hybrid ML and Hybrid RS. While the former is powered by a frugal 1.2-litre, Dualjet petrol engine, the latter gets a 1.0-litre, Boosterjet, direct-injection, turbocharged petrol engine and a six-speed automatic transmission. Both the avatars feature SHVS (Smart Hybrid Vehicle by Suzuki) tech, which helps in increasing the fuel-economy. 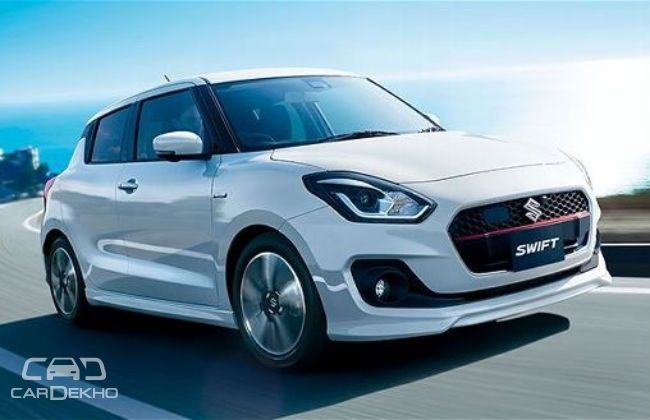 Suzuki is also offering an optional “Safety Package”, which can be availed on all the variants except the base XG trim. The package includes, for the first time on Suzuki models, the Dual Sensor Brake Support (DSBS) collision-mitigating system. This tech is powered by a monocular camera, laser sensors and a high beam assist. The combination automatically toggles high and low beam, depending on the vehicle’s surroundings. The safety package also include Adaptive Cruise Control (ACC) system which helps maintain a certain distance from the vehicle in the front.

Suzuki has announced that the model for overseas markets will be unveiled at the Geneva Motor Show, which is scheduled for March 2017. 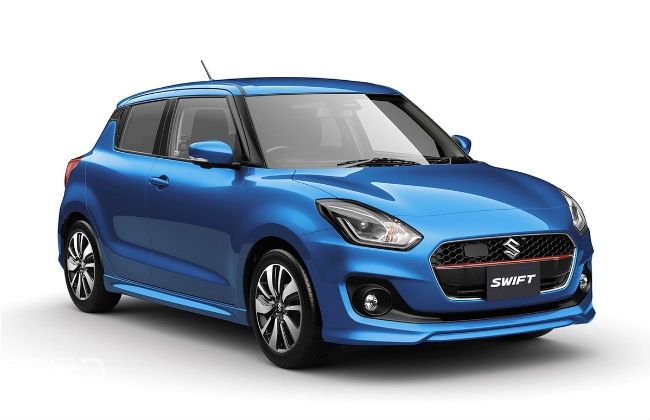 For India, the new Swift is expected to retain its 1.2-litre, K-Series petrol and 1.3-litre, DDiS, diesel engine, albeit in a different state of tune to enhance performance and fuel-efficiency. An AMT (automated manual transmission) is likely to make the list as well. However, the Boosterjet engine will not be offered in the new Swift. Instead, Maruti will most likely equip the Baleno RS, which is expected to launch in the first quarter of 2017 in India, with the 1.0-litre, turbocharged petrol engine.