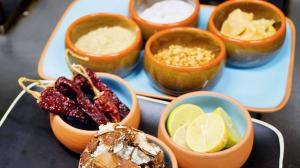 The simple art of cooking down a flavourful liquid over a long time can romance the taste buds. However, none of it is possible without patience and respect for technique... [Read More] 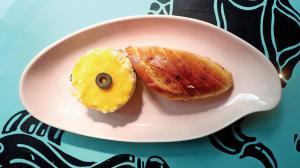 How Juhu is embracing new food haunts while celebrating the old

The residential neighbourhood seems to have got a shot in the F&B arm—without being disloyal to iconic favourites. Sunday mid-day takes a walk down the posh lanes of the ‘burb, spoon in hand... [Read More] 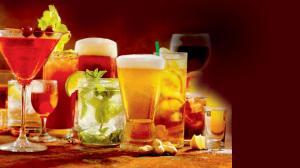 These drinking trends will take over your palate in 2023

From negronis and sours to highballs and spritzes, these drinking trends look set to tease your palate in the coming year... [Read More] 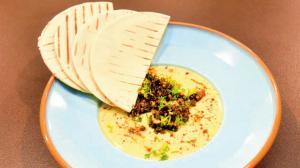 Who doesn’t love fast food? Chefs from the city add cool and quirky twists to some popular dishes... [Read More] 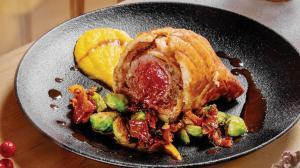 Love a gourmet lifestyle? Pick these cheaper ingredients to enjoy your food

Don’t let the recession hit your gourmet lifestyle. Pick these alternatives that are local, affordable and sustainable... [Read More] 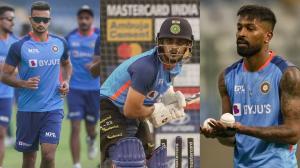 The Indian cricket team begins its new T20 journey towards the next World Cup in 2024 with a three-match series against Sri Lanka under the leadership of Hardik Pandya at the Wankhede Stadium on Tuesday. (Pic/PTI)  ... [Read More] 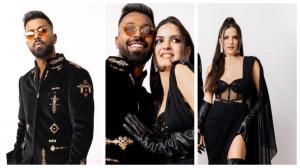 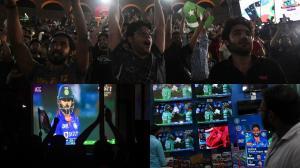 In an all-round effort from India`s Hardik Pandya, his (3/25 in 4 overs) and a blistering cameo with the bat, ensured India held nerves to pull off an exciting five-wicket win over arch-rivals Pakistan in their Asia Cup 2022 opener. Hardik showed his high value under extreme pressure as his well-directed short balls helped India bowl out Pakistan for 147. Here are some of the photos from fans of both the countries who were enjoyed the game with a greater pomp. Photos - PTI/AFP... [Read More] 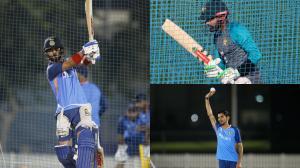 In-Pics: Kohli, Azam and others gear up for the epic IND vs PAK Asia Cup clash

Indian as well as Pakistani players hit the training ground to make sure they are well prepared to execute their skills in the big game on the 28th of August where each player will want to make a name for himself and achieve glory for their respective countries. Pictures Courtesy/ Official Twitter account of BCCI and PCB, AFP... [Read More] 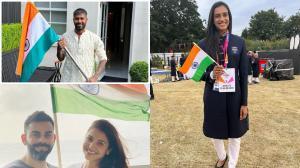 Indian sports stars like PV Sindhu, Virat Kohli, Hardik Pandya amongst others took to Twitter on Monday as they greeted the citizens of this country on the occasion of India`s 75th anniversary of Independence. Photos courtesy/Twitter... [Read More] 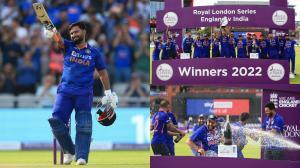 India completed a brilliant 2-1 series victory over England in the 3rd and final ODI at Manchester. The stars of the final ODI were Rishabh Pant and Hardik Pandya. The former hit a match winning ton as for the latter, he scored a vital fifty to go with a 4-wicket-haul as they led Team India to a five-wicket win. Pictures Courtesy/ AFP... [Read More] 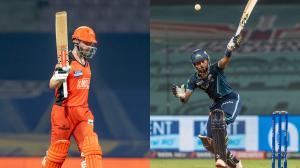 Gujarat Titans went head-to-head with Sunrisers Hyderabad. The captains from both teams, Hardik Pandya and Kane Williamson, played exceptional cricket, but it was one team that emerged on top. SRH defeated GT to end their winning streak at the IPL 2022. All Pictures/ PTI... [Read More] 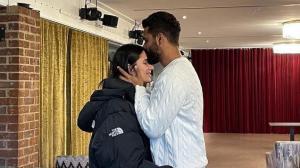 India lost to England in the semi-finals of the T20 World Cup by 10 wickets at Adelaide. By winning this match, England has secured their seat in the finals against Pakistan. Fans, however, are disappointed by India’s performance in the match. In recent interaction former Indian international cricketer Yuvraj Singh talked about the India vs England and much more... [Read More] 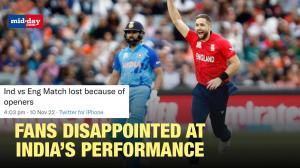 India lost to England in the semi-finals of the T20 World Cup by 10 wickets at Adelaide. By winning this match, England has secured their seat in the finals against Pakistan. Fans, however, are disappointed by India’s performance in the match. Opener KL Rahul is getting a huge backlash on social media.... [Read More] 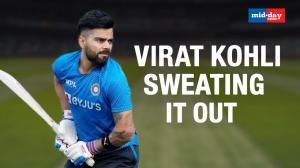 Ahead of the epic high-voltage clash with Pakistan in the Asia Cup 2022, Team India was seen sweating it out in the net session. Ace batsmen and former Skipper Virat Kohli was also seen practicing hard ahead of the match. The man in blue will lock horns again with Pakistan in the first of the Super 4s on September 4.... [Read More] 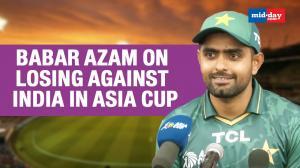 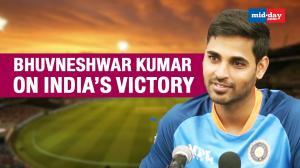 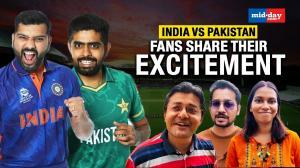 Asia Cup 2022 is around the corner and what makes this year’s tournament even more special is the re-ignition of the most sought-after rivalry that exists in cricket history – India vs Pakistan. Watch the excitement of fans before India-Pakistan clash.... [Read More] 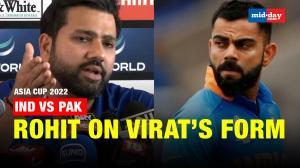 After a gap of one month, where he was rested for the tour of West Indies and Zimbabwe, former India captain Virat Kohli is all set to make a return to the Indian side in the Asia Cup 2022 tournament where the Men in Blue go up against arch-rivals Pakistan in Dubai. In a recent press conference, captain Rohit Sharma talked about Kohli`s form based on what he saw of his batting at the nets.... [Read More] 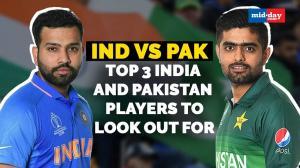 India gear up to face Pakistan in an epic clash at the 2022 Asia Cup this Sunday, 28th of August. Both teams boast of star players who can destroy the opposition on any given day. We take a closer look at the top 3 Indian as well as Pakistani players who could play a vital role in this high-octane game #IndiaVsPakistan #AsiaCup2022 #IndvsPak... [Read More] 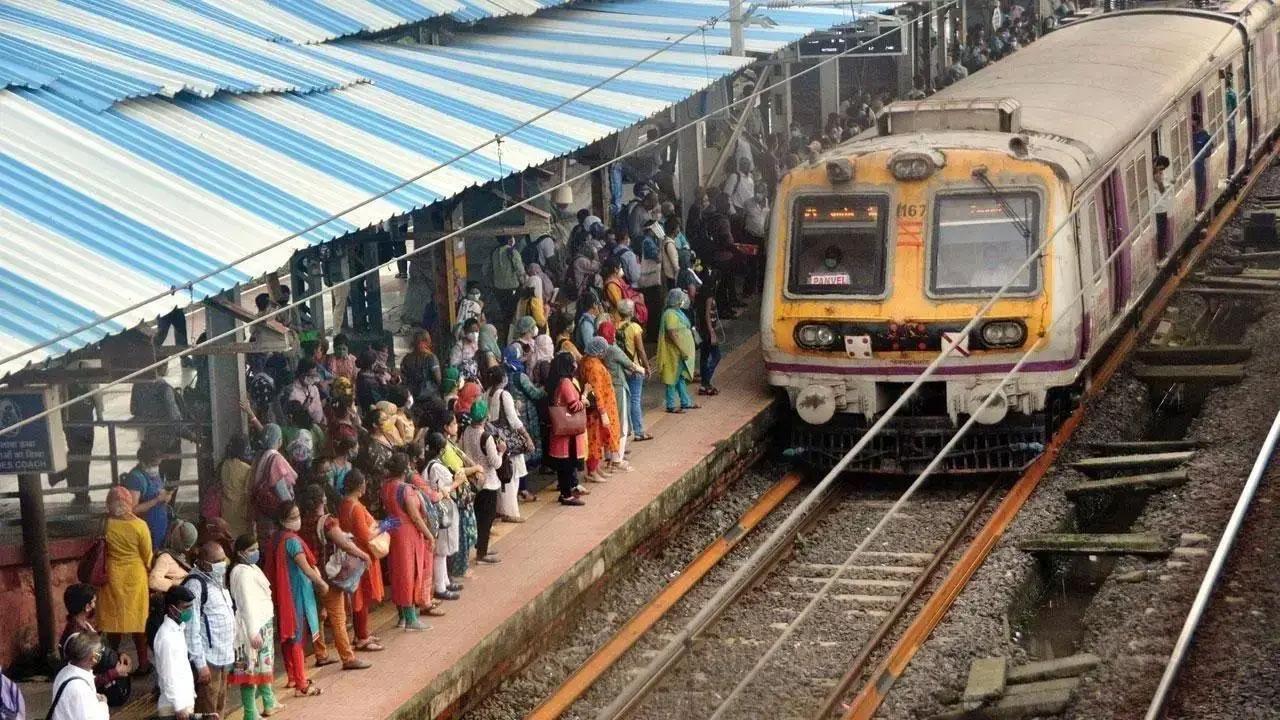