Bharat Prajapat’s Clickography clickography is every millennial couple's choice for their wedding video, and here's why

Everyone can click photographs, but merely a few people can capture memories. Bharat Prajapat dreamt of making strangers' memories permanent; with commitment & devotion, he made a career out of it, merrily a flourishing one. 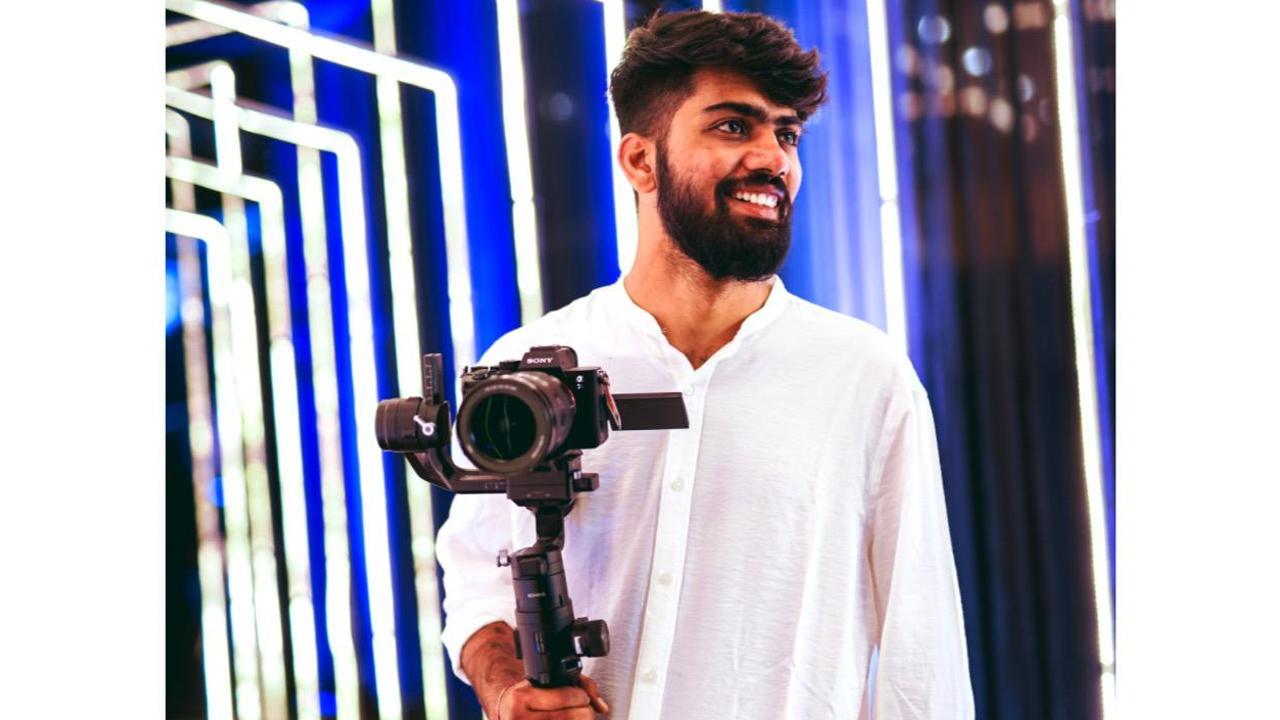 Everyone can click photographs, but merely a few people can capture memories. Bharat Prajapat dreamt of making strangers' memories permanent; with commitment & devotion, he made a career out of it, merrily a flourishing one. Starting his journey as an engineer, Bharat momentarily conceded engineering wasn't something he could connect with. He did not want to be a part of the herd and was determined to destine a path for himself.

Bharat was interested in photography and was persevering to make a career out of it. After a year-long persuasion Bharats' family eventually came around to him following his passion. He then enrolled himself at a photography school in Pune and started his voyage as a photographer.

After completing the course, he got appointed as a lecturer in one of the most prestigious photography schools in the country. He dedicated himself to his passion while he continued his job. While he worked as a professor, he was simultaneously shooting for travel films, celebrity events, pre-weddings, music albums, and more events. A year after juggling between work, Bharat resolved to do something on his own! He started sharing his wisdom with different people either through social media or by taking various workshops because he believes in helping the community grow.

Bharat got an appreciation for his work from distinguished names in the fraternity. He was lauded for his dedication to bringing out a distinctive perspective in all of his work. After such an overwhelming response, Bharat with his team formed Clickography, a wedding filmmaking company on 4th October 2015. Clickography is a dream photography company for all millennial couples looking for aesthetic and captivating wedding videos. Bharat makes sure to bring out the essence and sentiments of the duos while making a wedding film. Every wedding video that comes from Clickography's office is distinctive and unique. The team is not only efficient in capturing the best moments of your event, but it is also trained in pre and post-production work! Clickography is known for his quirky and witty reels that practically everyone can relate to; if not, they can surely laugh at!

Apart from being a proficient photographer, Bharat is an entrepreneur who has helped acquire his establishment to distinct dimensions. Clickography is now a family of 187K followers on Instagram and is growing every day! Their photography is eminent as Bharat never fails to put his heart and soul into the work. The company has consistently received praising feedback for its work and professional demeanor.

Next Story : Saloni Shah is the new millennial face catching glances in the Gujarati Entertainment Industry