Bhavin Bhanushali shares an exceptional incident from the sets of Ishq Pashmina. Find out!

I was amazed to see him drive like that which I wouldn’t think of doing something like that”, shares Bhavin Bhanushali 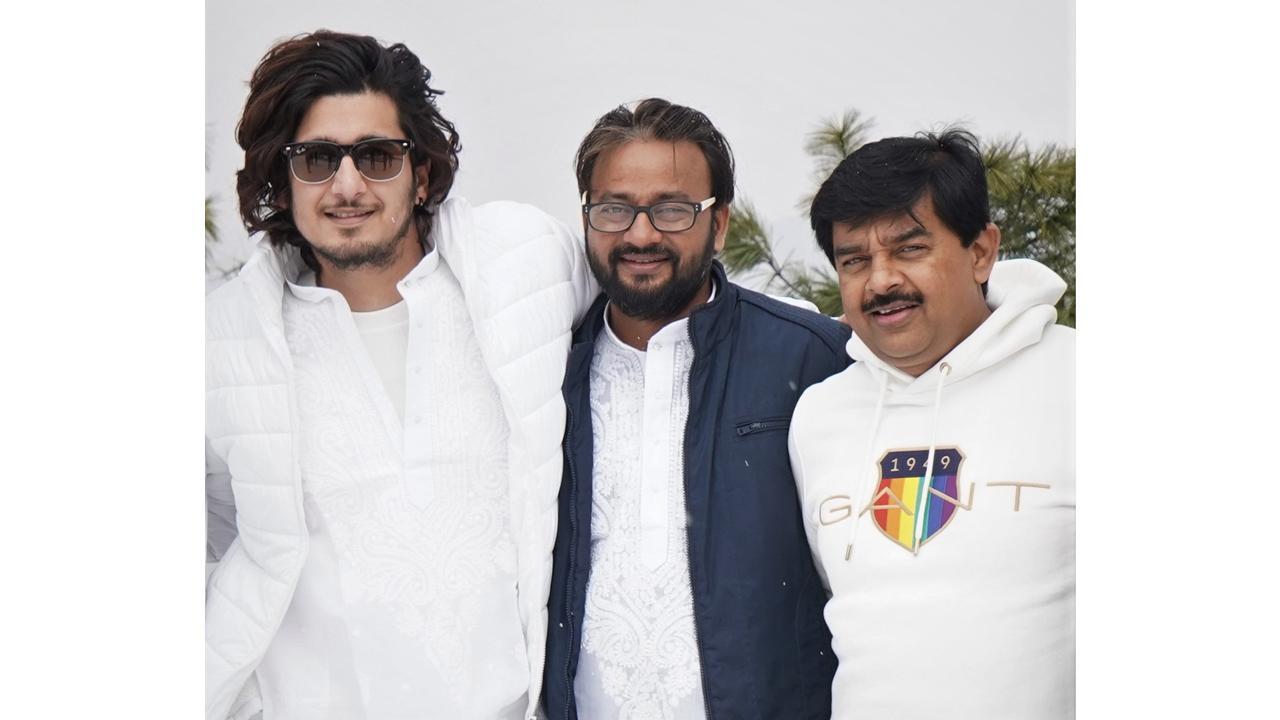 Ishq Pashmina, starring Bhavin Bhanushali and Malti Chahar, is set to be a one-of-a-kind love story. The video was shot entirely in the snow, posing numerous challenges but also being delightful. While reminiscing about an incident that occurred, lead actor Bhavin and Malti recall an extraordinary occasion from the sets. Due to the heavy snowfall, the stuntman driver for the scenario was unable to arrive on time, halting filming. The cast and crew were pondering who would risk driving on the icy roads caused by the recent snowstorm. Suraj, the film's producer, was moved by the situation.

Suraj Mishra, the Producer, told the Director Arvind Pandey that he could pull off this stunt. Director made sure that every precaution was taken throughout the act. DOP Navin V Mishra positioned his camera on the bonnet of the automobile to record the actor's emotions while inside. Navin Mishra saw that producer Suraj Mishra appeared reckless and confident in his ability to pull off this stunt, and then he heard the director say "ACTION!" and the car engines roar and shoot off on the slick road in complete control.

“Even though we weren't in the scene, at first all the crew was sceptical considering a child actor Gaurika Mishra was in the car. But when the scene started we all were amazed to see him drive like that which I wouldn’t think of doing something like. But later we learned that the producer, Suraj Mishra, has always loved cars and is an expert racer. As a result, he is not just a happy producer who values the time and work put in during a shoot, but he also enjoys racing fast and expensive cars. The entire crew was a fan of their HERO PRODUCER on set.”, shared Bhavin Bhanushali.

"Ishq Pashmina," is a beautiful and poetic love story written and directed by debutant Arvind Pandey. The love story has been shot in Himachal Pradesh's stunning landscapes. It is claimed to be one of the few films in which the entire film was shot in real and massive snowfall despite challenges faced by the cast and crew, allowing the viewer to witness realism and enjoy the scenery.

Producer Suraj Mishra and Shalu Mishra  promises a story that would put the audience at ease while leading them through multiple layers of emotions, with the goal of supporting young talent in the industry and offering a different love story.