Abhijeet Rane is a rising star in Marathi journalism, who strives to solve the problems of blue-collar workers with the power of the pen. 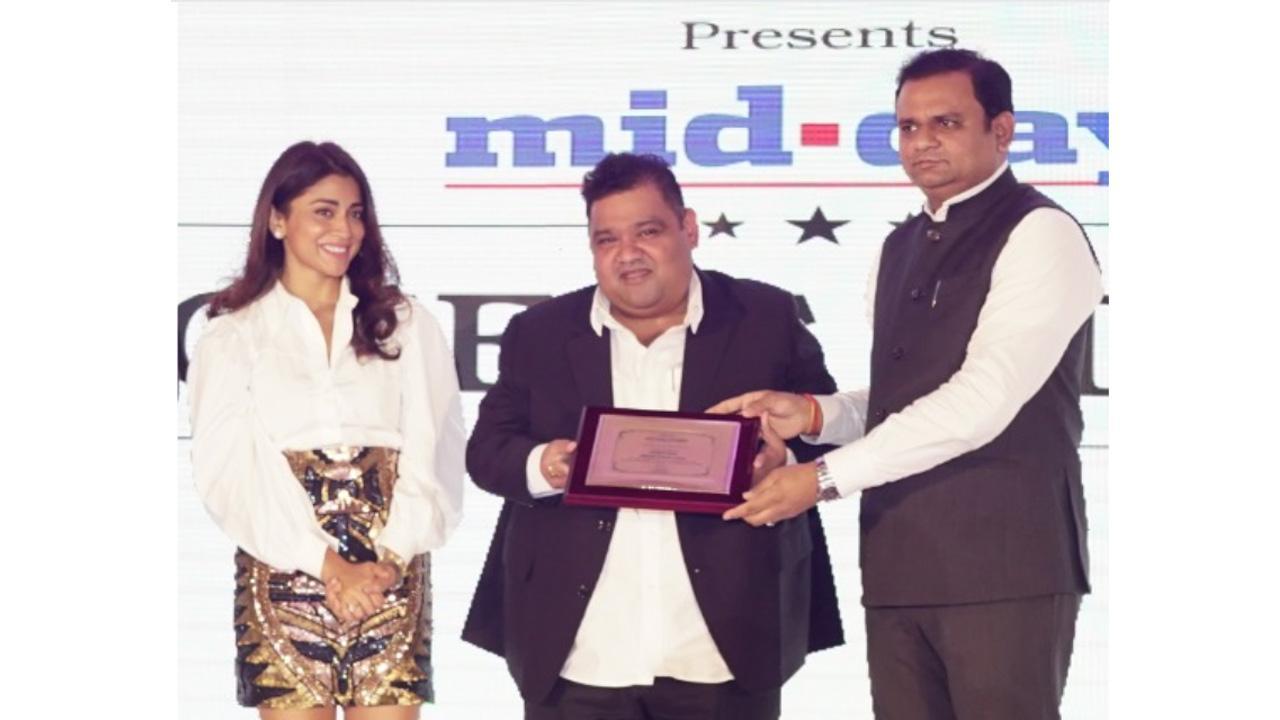 Here is an inspiring story of the young and dynamic businessman, who is also a prominent labor leader from Maharashtra.

Blue collar workers endure rampant unfairness in the business world, but how many people care about and fight for them. Meet Abhijeet Rane, a pioneer for grievance redressal for the blue-collar workforce, who has always been at the forefront of the war against the exploitation of manual laborers. He is the Founder & General Secretary of Dhadak Kamgar Union, a crusade against injustice, exploitation, and malpractices in business, industry, and labor-oriented organizations.

But, Abhijeet Rane is not just a powerful and popular union leader. He is also a successful businessman, media network performer, and social educational cultural sports activist. Abhijeet Rane also serves as the Group Editor of several publications including Daily Mumbai Mitra, and Daily Vrutt Mitra, as well as the VastMedia Group. Through these publications, he strives to alleviate the issues of the impoverished and oppressed people who suffer injustice in society, as well as the problems of the laborers who are exploited in the corporate world.

Abhijeet Rane serves as the Maharashtra State President of the Writers And Journalists Association (WAJA, India), as well as the Chief Executive Officer of VMN Distributors, and Abhijeet Associates and Abhijeet Travels. Apart from Dhadak Kamgar Union, he has also been a pioneer in several social initiatives including:

Abhijeet Rane was born in Mumbai. His hometown is Achirne in the district of Sindhudurg, Maharashtra. Mr. Ashok Rane, his father, is a retired banker, and his mother, Mrs. Angha Rane, is a retired government officer.

Abhijeet Rane attended Vivek Vidyalaya in Goregaon, Mumbai. He then earned a Diploma in Computer Automation from NIIT, Mumbai, and a degree in Automobile Engineering from Father Agnel Technical Institute in Borivali, Mumbai.

Abhijeet Rane has been interested in sports since he was a youngster. He was particularly fond of swimming, sports, cycling, and martial arts. In 1991, when he was just kid, he set a new record by swimming for 7 hours, 14 minutes, and 3 seconds from Dharamtar Bay to the Gateway of India.

In Taekwondo, he earned a gold medal in the 40 kg weight category. Abhijeet Rane is a Darjeeling Commando Training School training certificate holder who specializes in rifle shooting and arms handling.

Abhijeet Rane finished the Himalayan Mountaineering and Rescue Course and was a member of the First C cadet corp - INS Attack, Malad, Mumbai. He took part in the Mumbai-Pune Cycling Competition in 1992, which was hosted by the Maharashtra State Triathlon Association 1993, and finished third in the tournament.

Abhijeet Rane was actively engaged in a vast range of sports. He has also been a swimmer, athlete, cyclist, taekwondo champion, triathlon, climber, shooter, and participated in other sports. Abhijeet Rane witnessed many parts of life and society in these numerous positions. He was distracted by the social abnormalities prevalent in society. At the tender age, he decided to have a meaningful career for which he thought about being in public service, in the public sector.

As he was moved by the plight of the blue-collar workers who perform manual labor from the early days of his life, Abhijeet Rane launched a crusade against injustice, exploitation, and malpractices in business, industry, and labor-oriented organizations.  This crusade is known as Dhadak Kamgar Union, which represents 7 lakh, blue-collar workers, at 300 reputable enterprises. Dhadak Kamgar Union is known in the corporate world for nonviolent peaceful constructive activities and talks with employers and managements, gaining their trust and encouraging them to make their best efforts to benefit not only permanent, but also casual, and contract laborers.

A noteworthy feature of Dhadak Kamgar Union is that it’s neither associated with any other umbrella trade union body nor influenced by any political party. The organization is recognized by most government, semi-government, corporate groups, and private sector businesses as a trustworthy, rational, and ethical trade union.

Another important quality of Abhijeet Rane that must be noted is that neither is he associated with any particular political party nor does he do anything for political gains. However, he enjoys widespread support and respect among most of the party leaders, ministers, people’s representatives, and IAS & IPS bureaucrats and administrative staff members. Thanks to his outstanding leadership, Dhadak Kamgar Union has tremendous goodwill and support in labor-related government infrastructure.

Abhijeet Rane has also shown support for those exploited by the credit card, and loan-interest extortionists. He has also been making solid efforts to solve the problems faced by auto-rickshaw and taxi drivers.

Abhijeet Rane has won a number of awards for his unmatched efforts to uplift the downtrodden in society as well as the poor laborers.

He was honored by leading PR agency, Times Applaud, as a Covid-19 warrior for his remarkable support to workers in the Film and TV industry through Dhadak All Film Kamgar Sangathana. He was also lauded for his dedication and support for medical fraternity workers through Dhadak Hospital Kamgar Union. He received the ET Change Maker award on July 20, 2022, for his efforts to bring a transformation in society that would benefit the poor.

Speaking on the purpose and philosophy of his life. Abhijeet Rane says, "The purpose of my life, Sarva Dharma Sambhav, Sadbhavna and Sarve Bhavantu Sukhinah, Sarve Santu Niramayya. Everybody be happy, prosperous and healthy. The country is progressing in a multi faceted manner. All units have the same objective, the welfare of the workers. The progress of the workers. And this is the work done by all the units Dhadak Kamgar Union. Abhijeet Rane Youth Foundation is working for the betterment of the youth. My newspapers Mumbai Mitra and Vrutta Mitra and magazines Humara Mumbai Mitra also operate keeping in mind the public service." Website - www.dhadakkamgarunion.in

Next Story : Rajub Bhowmik— The world meets the most educated cop, actor, model, educator, and lyricist.