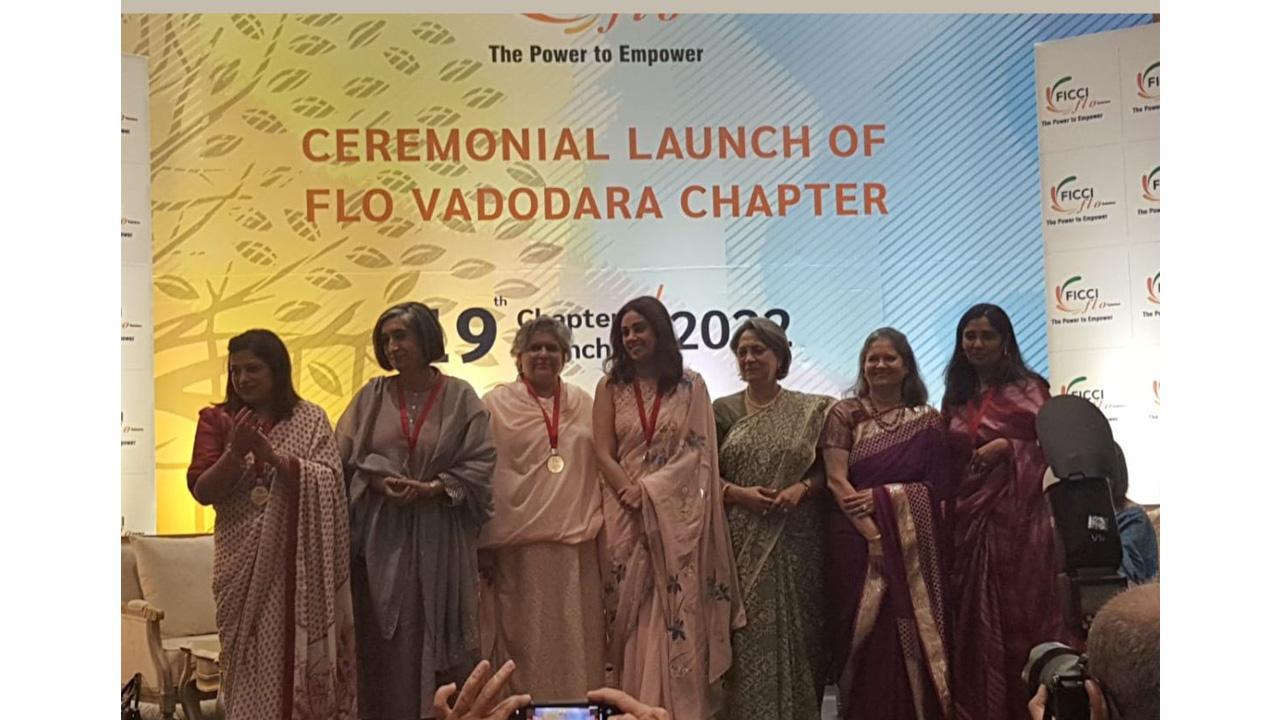 “Often known as the ‘Jewel of Western India’, Gujarat represents the vibrance of India, while Vadodara is one of its leading industrial hubs known for its entrepreneurial spirit. This is the result of old-established business houses and the business acumen ingrained in the culture and tradition of Gujarat, and we look forward to working actively in Vadodara.” said Jayanti Dalmia, President FLO.

FLO Vadodara is an addition to the 18 existing Chapters of FLO across the country, with its headquarters in New Delhi. The new Chapter will aim to enhance the capabilities of women through appropriate awareness, training and development programmes that enable women to contribute to India’s socio-economic growth by fulfilling their individual potential.

Talking to the media, Ms Reshma Patel said, “I am thankful to FLO for giving me this opportunity. The FLO Vadodara Chapter will work towards this direction and create the right thrust for women empowerment in the region with special emphasis on supporting entrepreneurship.”

The ceremonial event was further enhanced by the inauguration of the FLO Bazaar, ‘Ariso’ and was very well attended with a strong turnout of Vadodara Chapter members as well as the Presidium, Past Presidents and National Governing Body Members from around the country.

Next Story : Delhi teen takes up the mission to save senior citizens from cyber fraud