Bollywood has an array of genres in which hundreds of films are made every year. However, there has been a gap when it comes to making films revolving around sexual backgrounds. 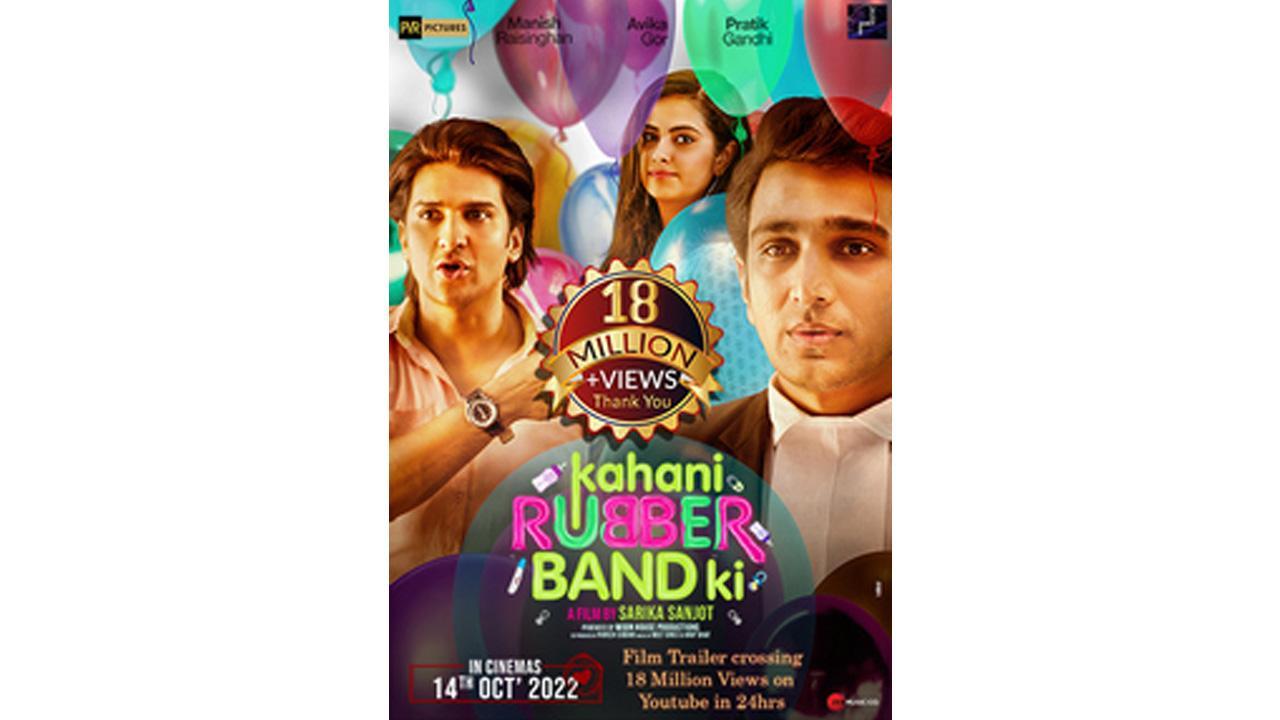 It is considered a big taboo in the country, but there are a few filmmakers who ensure to raise awareness about it through cinema. Debutante filmmaker and writer Sarika Sanjot is coming up with a power-packed film titled  ‘Kahani RubberBand Ki’.

The film has an ensemble star cast including Pratik Gandhi, Avika Gor, Manish Raisinghan, Aruna Irani, Kanwarjit Paintal and Gaurav Gera playing important roles. The trailer of ‘Kahani RubberBand Ki’ was released on October 3, and it has been getting an overwhelming response from the critics and the viewers. Going by the trailer, the film promises to be a comedy entertainer and talks about sexual education and the use of condoms.

As per the trailer, Manish and Avika will be seen as a couple whereas Pratik is essaying the role of a lawyer in the comedy film. The 2-minute 16 seconds trailer gives a sneak peek into the life of a couple turning upside down by an accidental pregnancy because of a protection malfunction. Leaving everyone surprised, the film has managed to clock more than 18 million views on YouTube in less than 24 hours.

Well, the numbers are still rising and it clearly shows that the film’s trailer has hit the bullseye with its informative yet entertaining content. The primary motive of director Sarika Sanjot was to raise awareness and entertain the audience about sex education. And it seems that she has succeeded in bringing the narrative in a hilarious way for the viewers.

Speaking about the terrific response to the film’s trailer, the director said, “I am ecstatic and glad about the love we are getting for the film’s trailer. As I make my foray into the industry with this film, I am delighted to execute and bring an important story to the audience.” In addition, she stated that numbers were never her priority. “When the content is good, the number game will gradually increase”, she added.

Next Story : A Combat Journey From Earth To Stars! AKA DJ Michael Weston | Nayan Bansal