While Riteish Deshmukh and Abhishek Bachchan are endearing in goofy roles, Akshay Kumar with his excellent comic timing brings in a lot of laughter. Wish the writers were a little more unhinged in their writing too, instead of concentrating on being smart 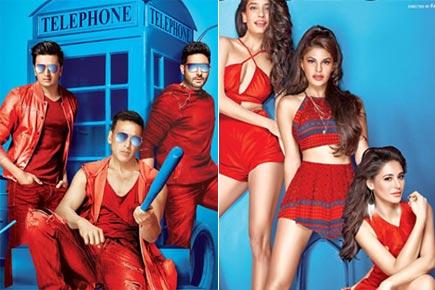 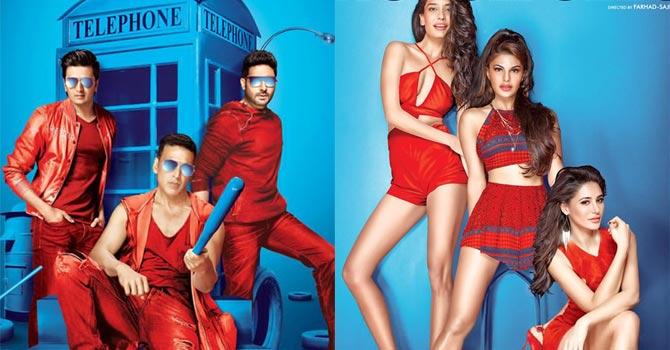 You enter a theatre expecting the film to be silly and absurd. And even then, you end up laughing in amazement at the level of nonsense that it reaches. And then this sets a series of giggles — sometimes, out of embarrassment and sometimes, purely out of glee. ‘Housefull 3’ is another such gem in this genre and going by the family that was sitting behind me catching it FDFS and doubling up with laughter at every scene, this review seems rather irrelevant yet again.

The pun-ny writer brothers Sajid-Farhad (who have also directed the film) have painstakingly pored over every line of every character to give them all a twist. But they seem to have gotten themselves so caught up in a knot over this that while some lines are genuinely funny, most of them ended up being mere nonsense. This, as we know, happens often when you are trying too hard.

Is there a story? Yes, barely. Batuk Patel (Boman Irani) is the Gujju father of three daughters (Jacqueline Fernandez, Lisa Haydon and Nargis Fakhri). Interestingly, while the father has a heavy Gujarati accent, all three daughters just about manage to utter Hindi, heavily laced with ‘phoren’ accent. Batuk doesn’t want his daughters to get married for some cock and bull excuses that he makes up, but the daughters want to. Their respective boyfriends, Sandy (Akshay Kumar), Teddy (Riteish Deshmukh) and Bunty (Abhishek Bachchan) are willing to go to any lengths to get married to the girls and usurp Batuk’s Rs 5000 crore property.

In the film packed with random characters moving in and out as they please, enters Urja (Jackie Shroff), a Mumbai underworld don of the 70s, to shake things up further.

This is not a politically correct film by any standards and is quite unapologetic about it, except for a forced, unwittingly hilarious scene where the girls talk about kindness towards handicapped people.

The girls need to just look pretty and they obviously do, but it is the three leading men who seem to have had a ball doing this together. While Riteish and Abhishek are endearing in their goofy roles, Akshay with his excellent comic timing brings in a lot of laughter, also thanks to his rather cleverly written schizophrenic character. Sandy turns to aggressive Sundi whenever the word Indian is uttered and becomes totally deranged as he goes around getting violent with others and himself. Wish the writers were a little more unhinged in their writing too, instead of concentrating on being smart. This could have been a far funnier film.