The best thing about this film is that Nalin's six protagonists are brave women with no fake moralistic inhibitions, thus truly representing the urban women of today. In Bollywood, where you rarely get to see even a chick flick, this comes as a breath of fresh air 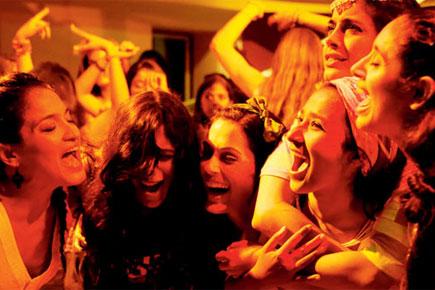 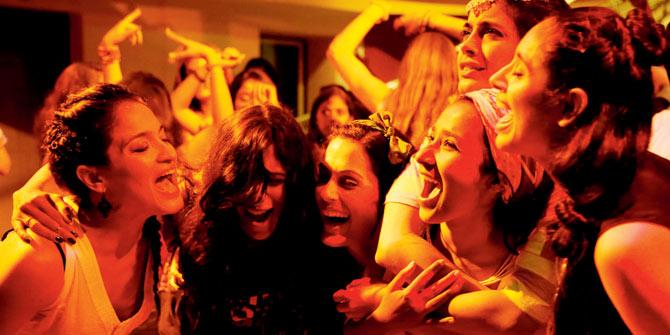 The best thing about this film is that Nalin's six protagonists are brave women with no fake moralistic inhibitions, thus truly representing the urban women of today. They are justifiably hopping mad at the hypocritical society at large, which is still stuck in the medieval ages and is reluctant to evolve to be on par with their independent thinking. In Bollywood, where you rarely get to see even a chick flick, this comes as a breath of fresh air.

The intention is right, the execution is decent but the outcome is sadly not what it could have been. Genuinely spoken from the women's point of view, Pan Nalin's 'Angry Indian Goddesses' raises certain issues that should make not only women but everyone angry. However, unfortunately too many issues crammed into a two hour film makes it all confusing and diluted.

The six sexy and strongly individualistic women, Joanna (Amrit Maghera), Freida (Sarah-Jane Dias), Lakshmi (Rajshri Deshpande), 'Pammy' Pamela Jaswal (Pavleen Gujral), Suranjana (Sandhya Mridul) and Madhurita (Anushka Manchanda) are chafing with the way the world full of leering men, unsupportive husbands and fathers and cops with archaic bent of mind is choosing to treat them. They get together in Goa to be part of Freida's wedding. They are later joined by Nargis (Tannishtha Chatterjee). Even as the girls are ironing out their differences and trusting each other enough to bring out their angst, an unfortunate event happens, leading to an unforeseen outcome.

These are the women who unapologetically drink, smoke, openly talk about sex and would rather boldly attack a bunch of eve teasers than demurely slink away. Their bonding, fights and everyday girly chatter sans any forced drama is delightful and believable. What works against the film is that the women are dealing with too many issues and also a shocking, typical Bollywood kind of melodramatic climax which works against how the rest of the film is presented.

The director has hand picked a good bunch of actresses to play their individual parts. Among the others, Sandhya Mridul as a no nonsense professional, Pavleen Gujral as a Delhi housewife, Rajshri Deshpande as the feisty maid and Sarah-Jane Dias as the affectionate, non judgemental girl, stand out with their performances.

Watch it you must, for the attempt made to highlight some real issues yet presented in a light, entertaining manner.

Next Story : 'Ranveer's not good looking enough for Bajirao... film is inaccurate'