This movie might not be easy to relate to, as it is far removed from our realities, but it is to the debutant director Bikas Ranjan Mishra’s credit that the main protagonist's struggles and helplessness get to you. This is not an easy watch, but definitely an important one 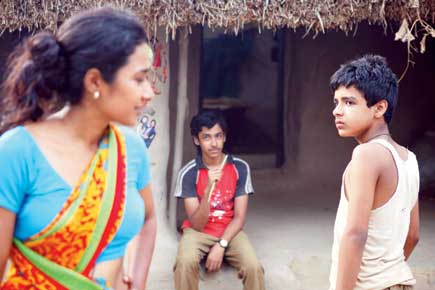 A young Dalit lad, Santu (Soham Maitra) in a village somewhere in Bihar desperately craves for two things — to go to school and to let the upper caste girl know that he’s in love with her. 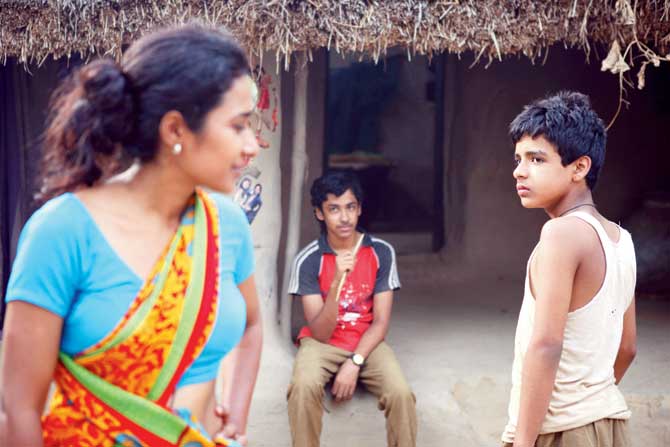 Debutant director Bikas Ranjan Mishra narrates a disturbing story of a regressive society still clinging tightly to the caste system. Difficult for urban audience to grasp, maybe, but a reality nevertheless, Mishra’s tale highlights how Dalits go through life full of humiliation and servility at the hands of those belonging to the upper caste.

Santu’s lacklustre world is brightened by the presence of his pet pig and the girl, Mona, who passes him by on her way to school and smiles at him. Santu’s older brother (Riddhi Sen) is his only confidante, while his harrowed mother (Tannishtha Chatterjee) is constantly worried about his future.

Apart from some realistic performances, especially by the two child actors (Maitra and Sen), what works for the film is the painstaking attention given to details. Also, some subtle references to the hypocrisy of casteism is made rather cleverly, like the scene where the head of the village, Dhawal (Sanjay Suri), who enjoys an intimate relationship with a woman belonging to a lower caste, doesn’t let her son touch his feet.

This story might not be easy to relate to, as it is far removed from our realities, but it is to the debutant director’s credit that Santu’s struggles and helplessness get to you.

Not glossing over the truths, Mishra presents it as it is even as he explores a deeply disturbing parallel story of a sex-starved blind priest (Dhritiman Chatterjee).

Only complaint is that the movie moves at a painfully slow pace at points.

This is not an easy watch, but definitely an important one.

Next Story : Big B to replace Aamir as 'Incredible India' mascot? Haven't been asked, says Amitabh