102 Not Out Movie Review: Never too old for a joyride

Amitabh Bachchan and Rishi Kapoor's effortless performances, coupled with their intoxicating screen presence make 102 Not Out worth watching. 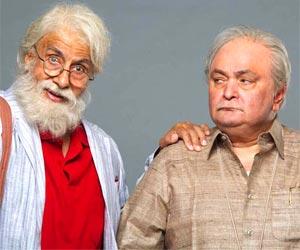 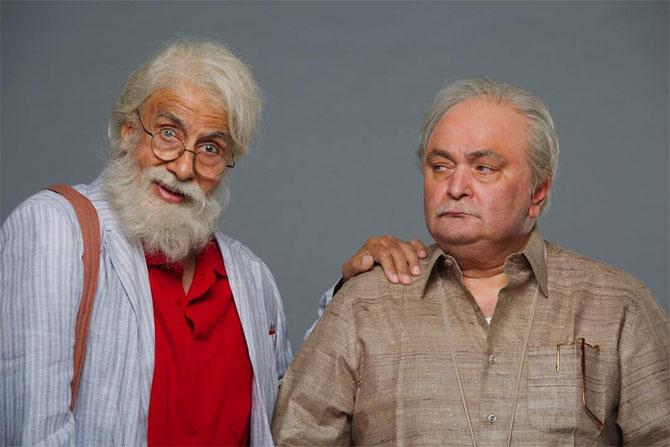 Amitabh Bachchan and Rishi Kapoor in a still 102 Not Out

"You know this happens often? I know of somebody who went through the same experience," a woman said to her friend in the theatre. I heard a similar conversation at the preview screening of director Umesh Shukla's 102 Not Out. Obviously, I wasn't the only one getting emotionally involved with the tale unfolding on screen.

102 Not Out's tale is as old as time. It's about the sacrifices parents make in order to give their children a good life, only to be rejected by them in their old age. What makes this film different from others based on the same theme is the camaraderie between the two lead actors - Amitabh Bachchan and Rishi Kapoor. Having played many memorable roles in their long, illustrious careers, the veterans are back together on the big screen after almost three decades, and they are like a house on fire.

Dattatraya Vakharia [Bachchan] is a 102-year-old fun-loving and free-spirited man, who wants to break the world record of living for 118 years, a record held by the Chinese man Wong Chong Tung. On the other hand, Babulal Vakharia [Kapoor] plays his 75-year old son, who is uptight and follows a mundane life. Because of his morose life, Dattatraya decides to send his son to an old-age home, but Babulal disagrees. Dattatraya agrees to stay with him on condition that his son will fulfil a few tasks.

Shukla tries to keep the film breezy, yet high on emotions. The screenplay by Saumya Joshi, who also penned the eponymous Gujarati play that inspired the film, feels patchy at times. Despite some unconvincing moments in the plot, 102 Not Out keeps the viewers involved all the way till the climax. Though the tempo drops considerably in the second half, Shukla ensures that the story doesn't lose its charm. Admittedly, it does get preachy and you find yourself shifting in your seats when Babulal makes the big climactic revelation to his son that feels forced.

The beauty of the film is that none of its pitfalls eventually matter. The movie wins you over with its innocence and simplicity. Actor Jimit Trivedi, as the errand boy, deserves a special mention as he provides some of the film's lighter moments with his over-the-top acts. But Bachchan and Kapoor's effortless performances, coupled with their intoxicating screen presence make this movie worth watching.

Also read - Amitabh Bachchan on 102 Not Out's Badumbaa: Wanted to create a song youngsters could chant