'Pathaan', which also has a cameo by Salman Khan, will land in theatres on January 25 in Hindi, Tamil and Telugu 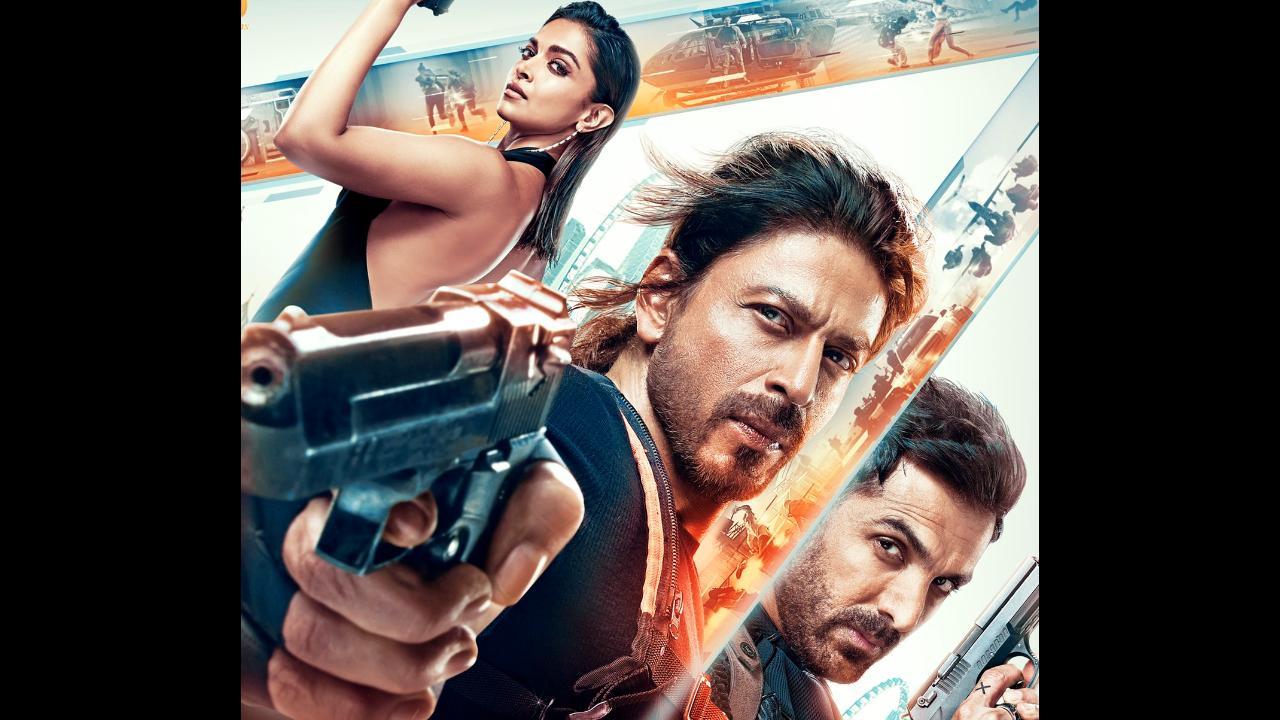 
Superstar Shah Rukh Khan's upcoming film 'Pathaan' is one of the most awaited films. The actor will be seen on the big screen after four years and the makers promise to present Khan in a larger than life avatar on the screen. The excitement around the film is humoungous. Khan, too, cannot wait to present the film before the audience and his latest tweet is proof.

As we enter in to the final month of 2022, Shah Rukh Khan expressed his excitement towards 'Pathaan' by counting down to the release date of the film. The actor shared new posters of the film in Hindi, Tamil, Telugu and English. In the poster, Shah Rukh Khan can be seen in an intense avatar pointing a gun in the opposite direction. He is flanked by Deepika and John who are seen posing with weapons.

Sharing the posters, Khan wrote, "Peti baandh li hai..? Toh chalein!!! #55DaysToPathaan. Celebrate #Pathaan with #YRF50 only at a big screen near you on 25th January, 2023. Releasing in Hindi, Tamil and Telugu"

Meanwhile, the teaser of 'Pathaan' which was released on Khan's birthday on November 2 has added to the excitement towards the film. The makers have decided to drop the music of the film before unveiling the trailer. The trailer of the Siddharth Anand directorial will be released only in January.

Siddharth Anand said, "Pathaan has two spectacular songs. And fortunately both are so incredible that they are potential chartbuster anthems of the year. Hence, we decided to give people ample time to enjoy the songs before the film releases." 'Pathaan', which is a part of Aditya Chopra's ambitious spy universe, also stars Deepika Padukone and John Abraham.

"Since December is a party and holiday season for people across the world. So we will release the songs of the film before the theatrical trailer. This is also part of our strategy to hold back the plot of Pathaan to as close to the release as possible. So get ready to dance to the music of 'Pathaan'", the director added.

'Pathaan', which also has a cameo by Salman Khan, will land in theatres on January 25 in Hindi, Tamil and Telugu.

Next Story : Watch video! Abhishek Pathak on 'Drishyam 2': Ajay Devgn believed in me