Adil is a man of very finite vision towards his success and career. 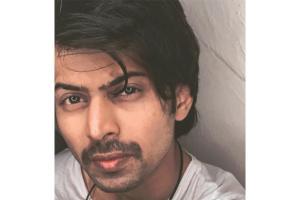 It is said perfectly that when there is a will there is always a way. And Adil khan is one of the most prominent examples of this statement. He is the one inspiring man for the youth of today.

Adil khan is the new rising sensation of our country. Since the day he was born and as he grew up he has never looked back ever. This man is a true instance of talent and excellence. Since childhood, he has been truly amazing and never stopped from surprising people around. He holds the records of being the first person to use a computer at the mere age of 2 years.

When even it is difficult for a person to walk and talk properly he claimed a world record of being the youngest child to use the computer. As he grew up his intelligence and skills brought him in the world of Bollywood and Television. He is the sensation on the world's most entertaining platform Tik Tok and is doing his best in the TV industry and has also performed in some of the phenomenol web series. His next step is to get the golden chance of stepping into the most desired Bollywood Industry. And it is no difficult for a man like Adil.

Adil is a man of very finite vision towards his success and career. He has over 170k followers on his Instagram handle. We wish him all the very best for his future goals and may he come out with all the flying colours.

Next Story : Here's why Alaya F is everything that we call a 'fashionista'!