According to reports, Sanjay Leela Bhansali has decided to go with his current favourites Deepika Padukone and Alia Bhatt for Baiju Bawra 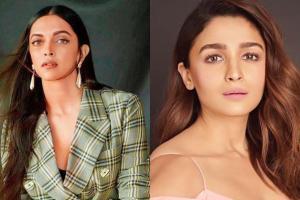 
A lot has been spoken about Baiju Bawra ever since Sanjay Leela Bhansali announced his another magnum opus. There were reports that Ajay Devgn was roped in the play the eponymous character. Later, it was revealed that Ranbir Kapoor and Bhansali's favourite Ranveer Singh will be playing the leading role.

The source further added, "The movie revolves around the characters of Baiju and Tansen and the conflict between the two. For Baiju's character, Ranbir has almost been finalised. The paperwork is yet to be done but SLB has already discussed the film with the actor and he's liked the script. For Tansen's role, they need a much older actor and they are already in talks with two big superstars to come on board."

Last month, it was reported that Bhansali's Saawariya star Ranbir Kapoor has been roped in for the male lead. "Ranveer and SLB were discussing to collaborate on a film, but right now that can't happen. Bhansali will reunite with Ranbir on this one. There are two main male leads in the film, one is of Baiju and the other of Tansen. RK will be playing Baiju's role in the period drama. Recently, he even went to meet the filmmaker at his office where he verbally agreed to do the project. The actor's team is now working out the modalities," a source close to the development had said.

It also stated, "They aren't locking his dates as of now because they need to lock the other actors for the film and if all goes well, the film will only go on floors in the second half of 2021. Bhansali will wrap up work on Gangubai first and then plan the pre-production for this. RK, on the other hand, will start shooting for Luv Ranjan's film and then begins Sandeep Reddy Vanga's next around early 2021."

With the upcoming Baiju Bawra, Sanjay Leela Bhansali will direct his first full-fledged musical. Baiju Bawra, a story of two singers, will have nearly a dozen songs.

Bhansali is currently busy with Gangubai Kathiawadi with Alia Bhatt. This was a film that was supposed to release in the cinema halls on September 11, but due to the lockdown, it has now been postponed.