Bollywood films that you must watch in 2017

With 'Dangal', 2016 ended with the promise of a worthwhile 2017 at the movies. January looks alluring with 'Raees' and 'Kaabil', and as the year progresses, the Bollywood roster will throw up some great treats 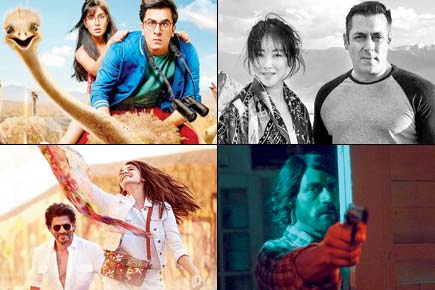 Bollywood films that you must watch in 2017 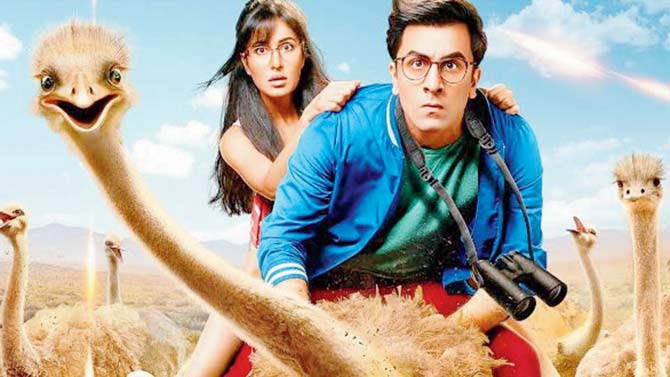 'Jagga Jasoos'
Team 'Barfi' — director Anurag Basu and actor Ranbir Kapoor — have reunited for a classic Disney tale about a young detective who sets out to look for his missing father on a journey that takes him on a life-changing adventure. The film has been in the making since 2013 and one look at its trailer reinstates the faith of fans in the film. From Ranbir’s beat-boxing to the cosy chemistry between him and Katrina Kaif in the backdrop of lush African grasslands, the film has all the ingredients for a fun watch. The film hits theatres on April 7. 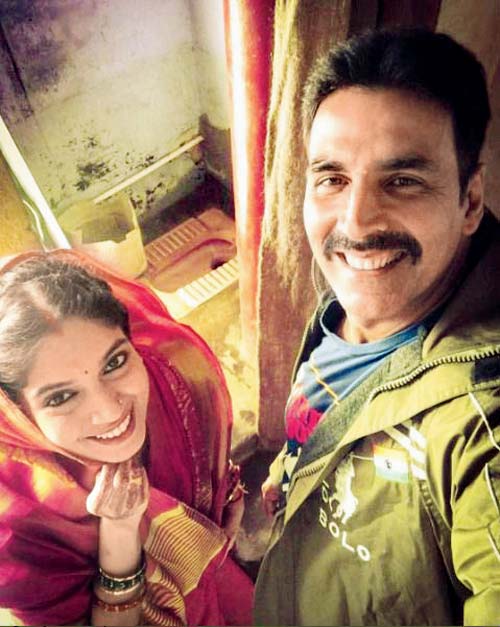 'Toilet: Ek Prem Katha'
From 'Baby' to 'Airlift' and 'Rustom', Akshay Kumar’s selection of scripts is a talking point these days. As weird as the title sounds, this film, which stars Akshay, and Bhumi Pednekar, is expected to be a unique take on PM Narendra Modi’s Swachh Bharat Abhiyan. Directed by a debutante, the movie is a social satire dealing with the importance of hygiene education in rural areas of the country. Releasing on June 2. 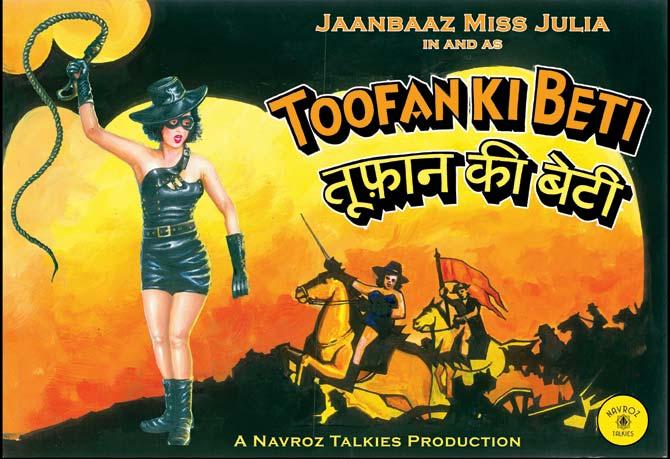 'Rangoon'
In the words of everyone who has their hearts invested in the Casablanca-like love story, Vishal Bhardwaj’s 'Rangoon' is 'Moulin Rouge' meets 'Saving Private Ryan'. Kangana Ranaut plays Julia, a ’40s diva who came into films and was sent to the war front to entertain soldiers fighting in World War II. Julia is in love with a producer, played by Saif Ali Khan, and reportedly meets Shahid Kapoor’s character and loses her heart again, embarking on a risky journey of love and loss. It is slated to release on February 24. The actress will also slip into the role of an NRI settled in the US with Hansal Mehta’s 'Simran' (Sept 15), who gets sucked into the world of crime. It is reportedly based on the true story of a nurse who robbed banks to pay off her gambling debts.

'Manto'
Nawazuddin Siddiqui goes from being the brooding Sadat Hasan Manto in Nandita Das’s biopic of the revered Indo-Pakistani author, his love story with wife Safiyah and the respect he had for colleague and protégé Ismat Chugtai. But before Nawazuddin steps into this (it is yet to go on floors), he has another task ahead of him — matching steps with Tiger Shroff in a dance-off in 'Munna Michael'. But, his year assuredly begins on a wicked note, as the good cop opposite SRK in 'Raees' (Jan 25). 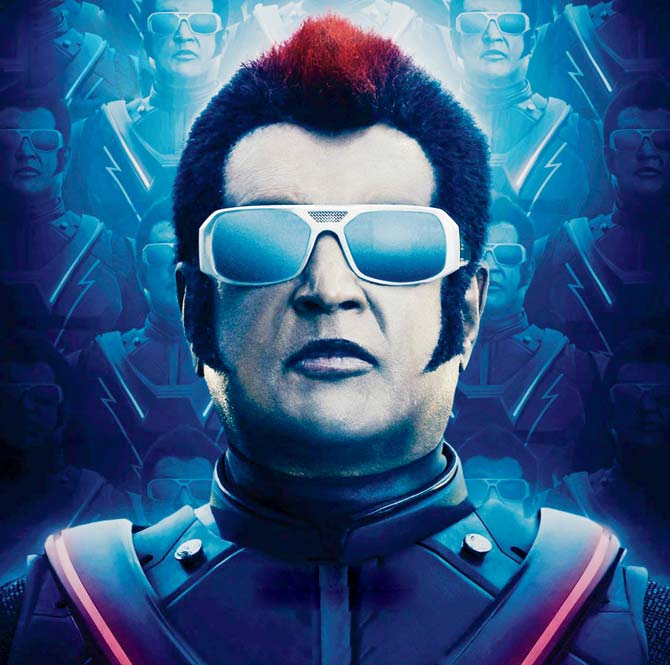 '2.0'
Rajinikanth’s film release is an event in itself. '2.0', a sequel to Robot, is not technically a Bollywood movie, but who can miss an Akshay Kumar and Rajinikanth face-off? Touted as India’s most expensive film, it is replete with SFX, daredevilry, romance and drama, promising a treat this Diwali. 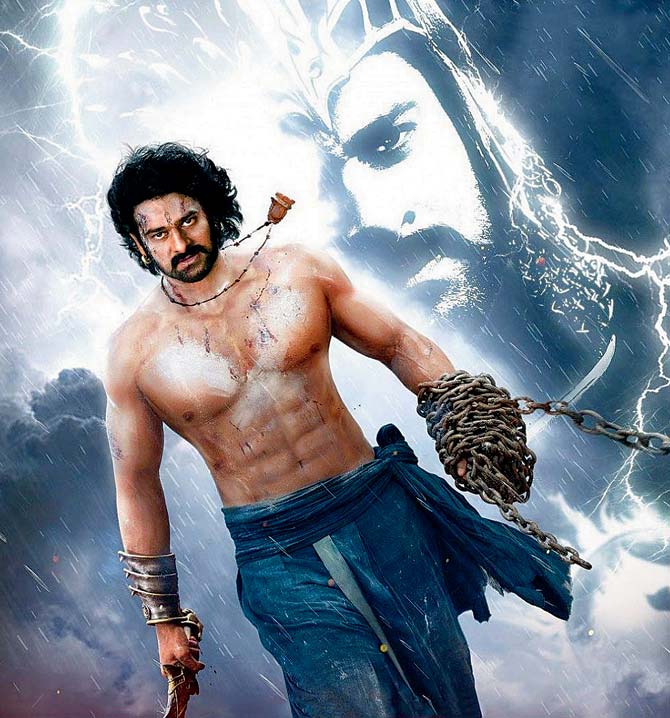 'Bahubali: The Conclusion'
The entire nation wants to know why Kattapa killed Bahubali and filmmaker SS Rajamouli will give fans the answer on April 28, 2017 — the day when 'Bahubali: The Conclusion releases'. It may not be a Hindi film release, but considering the box office success of the prequel across India, it is largely unfair to restrict the movie to one language. With actors like Prabhas, Anushka Shetty, Rana Daggubati, Tamannah Bhatia, this surely is one of the year’s most anticipated films.

Dutt biopic
Rajkumar Hirani takes up the life story of his dear friend Sanjay Dutt to tell. The fact that it could easily turn into a PR exercise isn’t the only pitfall involved. Dutt, with his glorious lineage (son of legends Sunil Dutt and Nargis), and a career filled with hits, went from being labelled a traitor to becoming the brand ambassador of ‘jadoo ki jhappis’. Ranbir Kapoor will bring alive the vulnerabilities of a boy, who lost his mother to cancer and himself to drugs. This has the potential of becoming a cinematic delight. Release date is yet to be fixed. 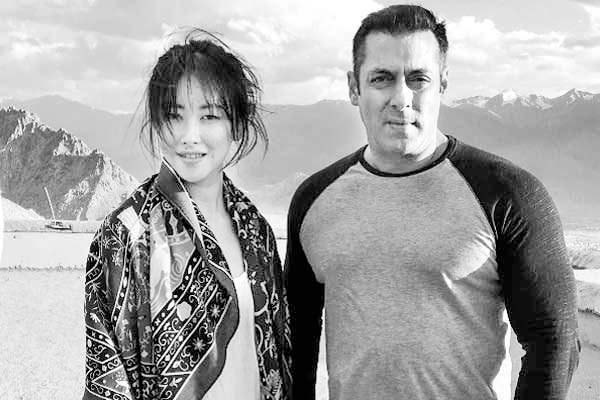 'Tubelight'
After the critical and commercial success of 'Bajrangi Bhaijaan' the actor-director duo Salman Khan-Kabir Khan is back with 'Tubelight'. The movie is a historical war drama set against 1962 Sino-Indian war and also stars Salman’s brother, Sohail Khan. The film marks the debut of Chinese actress Zhu Zhu in Bollywood; she plays Sallu’s love interest. Expect some fireworks again this Eid.

'Padmavati'
Sanjay Leela Bhansali repeats his muses Ranveer Singh and Deepika Padukone, with Shahid Kapoor as the third entrant in the cast of his ambitious project. While Deepika plays the titular character, Shahid will play her husband, Raja Rawal Ratan Singh. It will be interesting to see Ranveer for the first time portraying a grey character as Alauddin Khilji (and not romancing Deepika in a film that stars them both). The elaborate sets and costumes, the period setting and of course, war. Is Bhansali looking at a hattrick? It releases on November 17.

'Tiger Zinda Hai'
A sequel to the 2012 drama 'Ek Tha Tiger', the new film will bring back ex-flames Salman Khan and Katrina Kaif. Ali Abbas Zafar, who directed Salman’s recently released Sultan, will helm the new film. Slated for a Christmas release in 2017, expect the film to weave big magic at the box office. 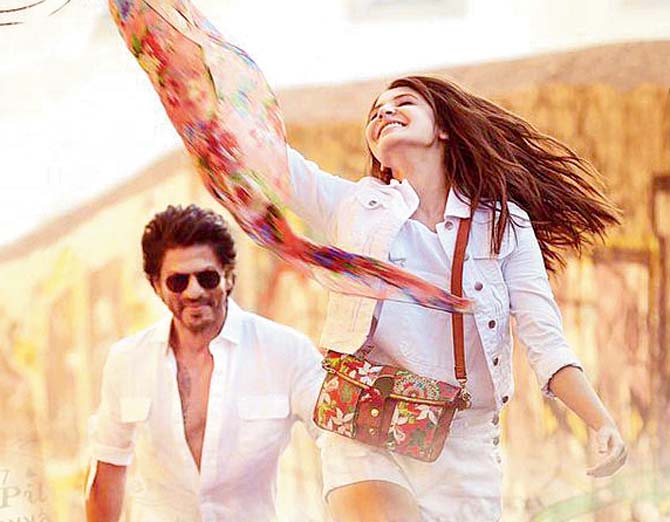 'The Ring'
Shah Rukh Khan teaming up with filmmaker Imtiaz Ali has already been hotly discussed. Tentatively titled 'The Ring', the film which stars Anushka Sharma, is reportedly about an engaged Gujarati girl, travelling across Europe, who loses her engagement ring, only to be helped by a charming tour guide played by SRK. The romantic drama is slated for an August 11 release.

'Veere Di Wedding'
It’s been a while since Bollywood saw an enjoyable chick flick. Can Veere Di Wedding fill the void? Following the misadventures of four girlfriends (Sonam Kapoor, Kareena Kapoor Khan, Swara Bhaskar and Shikha Talsania), who go on a bachelorette trip, the film will make headlines for being Kareena’s first film post the birth of her son. The release date is awaited. 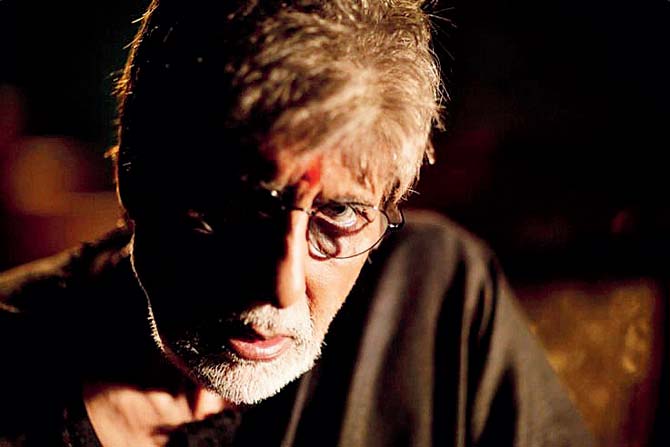 'Sarkar 3'
After multiple lukewarm stints at the box-office, Ram Gopal Varma will return with a franchise that has never let him down — Sarkar. The film’s third part stars Amitabh Bachchan with Manoj Bajpayee, Jackie Shroff, Amit Sadh and Yami Gautam in key roles. The only big question in this case is — whether the return of Subhash Nagre will mirror the return of Ramu. It releases on March 17. 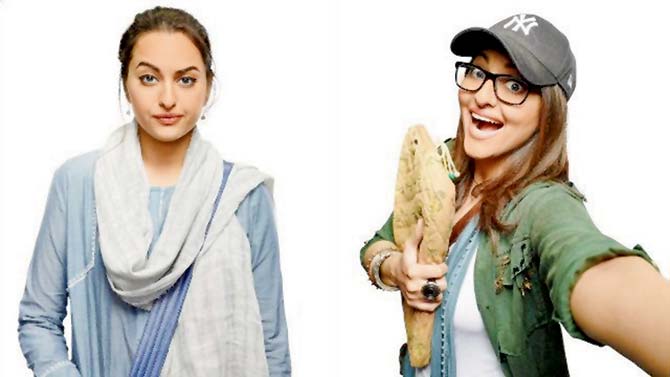 'Noor'
After taking everyone by surprise with kicks and punches (and eye-popping weight loss) in Akira and Force 2 in 2016, Sonakshi Sinha keeps up the promise of staying versatile with her quirky avatars in 'Noor'. Based on Pakistani author Saba Imtiaz’s novel, Karachi, You’re Killing Me, the comedy crime-thriller is about a journalist’s misadventures with love. It is scheduled to hit screens on April 21. 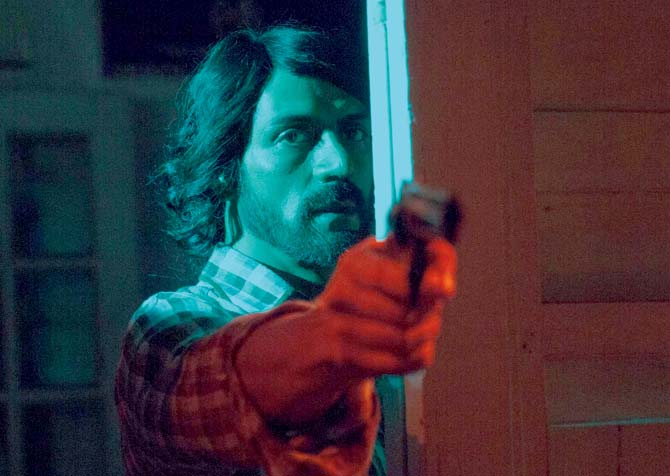 'Daddy'
So far, we’ve only seen the smashing teaser of the Arjun Rampal-starrer biopic based on the life of Arun Gawli, but that’s enough to give us an adrenaline rush. The enticing story will spill dark details about the man from Dagdi Chawl who rose to become a Robinhood gangster and later, a politician. Arjun, who looks the part, brings the gravitas of the man himself to the fore. With director Ashim Ahluwalia of Miss Lovely fame at the helm, the film will make for an edgy treat. The release date is awaited.

Next Story : The Bollywood stars who'll hog the spotlight in 2017