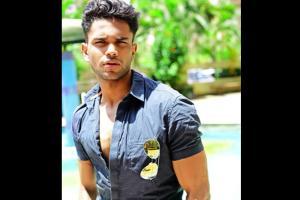 
A multifaceted talented artist, Koustuv Ghosh, who is not just a great singer but an actor, dubbing artist, music director, instrumentalist, director, producer confirms his next single, a peppy and romantic track.

It will be a first of its kind for Koustuv Ghosh as he has written the song, composed and crooned it, and now he will be releasing it as an independent artist in July 2020.

Talking about his song, Koustuv said, "Lockdown gave me plenty of time, space and energy to get my creative juices flowing. I was dribbling with the idea about a romantic peppy number, so finally I wrote it. Then I composed it and now I am planning to release it without any backing from big label. This song is my own child and I want to do full justice to it. The title of the song is 'Playing games"

"I even created the concept for the video, which I might later shoot and this time it would be only lyrical video. The song is about how a girl is trying to lead a guy on and the guy is trying to persuade the girl. It's a fun and happy number, which will have people dancing. The song will be out hopefully in 1st week of July"

Koustuv Ghosh, as creative child prodigy, whos first modelling was at the age of 7 months In Charak Calendar, and then started fulfleged child modelling from the tender age of 3yrs non-stop ever since.

Talking about his journey and ambition, Koustuv said, "It's been a fruitful and exploratory journey. I have done tonnes Tvcs ,print shoots, and films. I have given my voice to various Ad commercials, I have done Advertisements with Sachin Tendulkar for Boost, with Virat Kohli for Pepsi , Dhoni , print shoots , Modelled for Boost and Complan , pepsodent and many more .Acted in films as a child actor then'Helicopter Eela' recently to name a few .I dont like to keep doing only one thing, it's so limiting. Hence I always keep pushing myself to nurture with all my talents."

After acting stint, Koustuv turned to music, he took proper training in singing, acting and instrumentation. He quipped, "I initially started doing voice-overs, Dubbing, singing jingles did many Television Cartoon shows like Chhota Bheem First film and initial episodes, Teletubbies, Dragon Ball Z Gohan, Phineas and ferbs, Zack and Cody and most of the cartoons' voices in the 2000s. Even the recent Spiderman animated movie he was miles morales.

Koustuv has also worked with bigwigs such as Ram Sampath, Vishal Shekhar, Salim–Sulaiman Pritam Rajat Dholakia and more in the music field. He has worked with noted filmmakers such as Pradip Sarkar and Dibakar Bannerjee.

Next Story : SRK thanks Saroj Khan for 'looking after him' in this touching post