With Luka Chupi and Lalbaguchi Rani under his belt, Rohan Shankar has lined up three of the most awaited projects, such as Mimi, Helmet and Suraj Pe Mangal Bhari 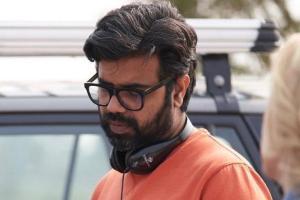 
Screen writer Rohan Shankar says it's important to have good performers for a good script, as it highlights everything.

With Luka Chupi and Lalbaguchi Rani under his belt, Rohan Shankar has lined up three of the most awaited projects, such as Mimi, Helmet and Suraj Pe Mangal Bhari.

Talking about finding the right cast for script, Rohan said, "I am glad that all my scripts found good actors. Your writing gets uplifted when you get good actors performing the part. Especially in comedy films you need actors who has great comic timing. My all the three upcoming films has tons of humour in it.

"I have been fan of Abhishek Sharma's first film Tere Bin Laden & I loved Parmanu also. So when I got a call from Abhishek Vyas from Zee to write SURAJ PE MANGAL BHARI, I jumped on the opportunity. I must say, I had fun writing it."

Talking about Suraj Pe Mangal Bhari, Rohan said, "It is Zee's first ever in-house production. The shoot is complete. The film is set in the classic world of 90's. The film is like Tom & Jerry, where two guys are chasing each other & their families are also involved in the madness.

Rohan Shankar has all three projects lined-up for release and with Covid-19 on rampant, theatrical release seems like a far-fetched dream but still the first preference for the screen-writer.

Talking about the release of his films, Rohan said, "Everyone wants to release their films in theaters, it's the first choice. But with the way things are right now, you have no idea when the theaters will open. Still I am hoping all the three films would see the 70 mm screen first".

Next Story : Kalki Koechlin: Try to find someone you can grow hairy with