Roshni 'Rush' Bhatia to have writing published alongside Neil Gaiman

Horror and director Roshni 'Rush' Bhatia manages a great feat, her writing all set to be published alongside author Neil Gaiman! 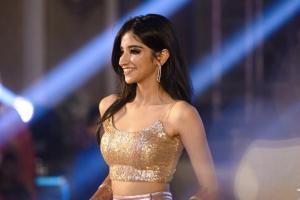 
Up and coming Horror Screenwriter-Director Roshni 'Rush' Bhatia to have writing published alongside author Neil Gaiman, singled out by Die Hard writer and more!

Horror writer-director Roshni "Rush" Bhatia is a young 23-year-old, living in Los Angeles. While growing up in Mumbai, Rush was inspired by filmmakers like James Cameron, Ridley Scott, and writers like Richard Matheson, Rod Serling, etc. Soon she was motivated to create something of her own.

Her journey started at a very early age of 17 when she began making homemade movies. In the span of a couple of years, while Rush's shorts began making rounds at film festivals, she wrote, directed, and conceptualized Bollywood music videos which have garnered millions of views on YouTube. Some of the vocalists she's worked with include Rahul Vaidya, Shashaa Tirupati, Shweta Pandit, Abhijeet Sawant, Bhavya Pandit and Shahid Mallya.

When asked about her experience and how she grew her skills of writing and directing, Rush said, "Over time, I found my passion in a wide range of storytelling, from science fiction to horror. By then, I was convinced that I needed to advance my knowledge base by educating myself in a hands-on, extensive film school environment. It was then when I applied for a conservatory program at the New York Film Academy in Los Angeles where I made multiple short films that got accepted at festivals in New York, Istanbul, and even the Cannes Short Film Corner in France."

Currently, Rush has four of her horror shorts including her NYFA thesis film, Plasmid, in the festival circuit simultaneously. The films garnered appreciation at top tier festivals such as Leeds International Film Festival, Morbido Film Fest, etc. The films have screened at more than 50 festivals and have won awards for Best Director, Best Cinematography, and several more. Rush was also nominated as Best Writer by the Horror Writers Association of America for Plasmid. Her one-minute horror short film, Dark Passage, shot on an iPhone, was singled out for praise by Hollywood heavyweights like Die Hard screenwriter Steven E. De Souza.

During the global lockdown, Rush made her 5-minute horror-sci-fi short, Insiders, by bringing together her friends from all over the world as they recorded themselves from their own homes, the talented youngster directed them through Skype and Whatsapp calls.

Talking about her projects at this time, Rush shared, "I'm grateful to have got my first movie deal as a screenwriter for an action thriller feature with a motion picture production company here in LA. I'm also thrilled that my writing has been selected to appear in an upcoming science fiction anthology alongside Neil Gaiman."