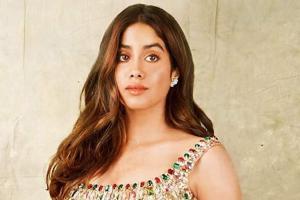 
Actress Janhvi Kapoor made a very strong impression with her debut film Dhadak and while she received praises for her role in Ghost Stories, her latest film Gunjan Saxena: The Kargil Girl has emerged to be her career's best performance. And with the reviews coming in this film could surely be the turning point for the young actress.

Right from her effortlessly perform in Dhadak, Janhvi had established a firm footing in Bollywood, but now with her powerful portrayal in Gunjan Saxena the actress has become a force to reckon with, in the industry. While the critics have hailed the film with some great reviews, Janhvi has also been lauded. In fact, she is said to be flying high with this heroic tale. Janhvi who is said to be very good in the film has surely taken her craft to the next level with this film.

One thing is certain, after playing the role of Gunjan Saxena to the T; Kapoor is surely emerging as a bankable star in Bollywood. And while she is tasting success and stardom very early in her career, there is a lot more she has in store for her fans, next, the actress will be seen in Dostana 2 and Roohi Afzana.