Kraj, an independent UK based singer, lyricist and composer started off his musical career by writing multiple songs of various genres for new and established artists. 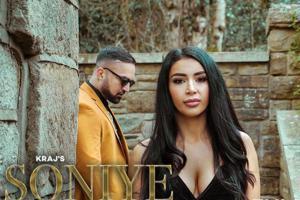 
Kraj, an independent UK based singer, lyricist and composer started off his musical career by writing multiple songs of various genres for new and established artists. During this process, he identified his flair for music and decided to merge it with his lyrical ability.

He released his first single "Aaja Soni" in collaboration with T-Series and since then, there has been no turning back for him. This success was followed by his second single, a beautiful, romantic composition titled "Haar Gaya" released by an independent label.

After receiving several accolades and positive feedback from the music industry and his fans, Kraj decided to co-produce more singles with established labels to reach out to a larger audience and gain global exposure.

Next up on his list of compositions were "Nakhra", an edgy, upbeat Punjabi/Hindi track and "Lamboride" which has an urban feel, released by Sony Music India.

Next in the line of his work was "Kudiye" released with T-Series Apna Punjab, which as quoted by Kraj ''It's always exciting to let people know what sort of vibe you are feeling in terms of being a musician or aspiring to be one. There are so many things one could learn to be an artist or someone you want to listen to.''

Kraj believes in hard work and values his passion. He desires to reach out to a wider audience and stay connected to all his fans through his heartfelt music and social media platforms.

His perseverance is the key to his success and his ability to create soulful music is sheer brilliance. He believes not only that dreams can come true but through your dreams you can build a future or a life in which you can be as independent as you once or always wished to be.

Kraj is now all set to release his new track titled "Soniye" and hopes that the audience will embrace this with the same enthusiasm and love as for this earlier work.

Let's build an inspirational world of positivity and blissful music together.