Producer Sandeep Agarwal is busy shooting amidst the COVID crisis 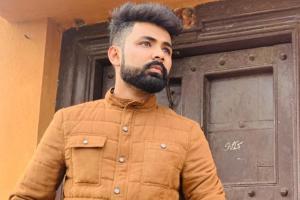 
Admits the ongoing coronavirus crisis, films and TV shows have resumed the production in different parts of the city with producers following guidelines to ensure the safety of the cast and crew amid the coronavirus scare. TV shows and films had to suddenly stop production in mid-March have been allowed to resume shootings in non-containment zones by following all the safety guidelines suggested by the Government.

Producer Sandeep Agarwal who is currently working on his upcoming projects too has kickstarted the work and the production process keeping in mind all sorts of safety measures. Sandeep Agarwal is a well know line producer and director who has worked on more than 80 Bollywood projects along with various Television shows over the past seven years. Presently, he is a proud owner of a well-known production house named Balaji Film Line Production, a production management services company providing production coordination support to both national and international feature films, TV commercials & series.

Talking about the precautionary measures, Sandeep shares, "With all the permissions we have again resumed shooting in the non-containment zones. Unlike usual days, now everyone on the sets is extremely cautious. Right from the props, to lighting to makeup kits to vanity is being sanitized after every two hours. Individual temperature checks, safety masks, and social distancing during breaks has become a mandate. We are now adjusting well to this new normal".

Coming from a small village in Rajasthan, Sandeep has successfully carved his niche in the entertainment industry and today, he is one of the renowned line producers who have worked on some of the celebrated films and serials like Bajrangi Bhaijan, Dabangg, Tanu Weds Manu, Crime Patrol, Ajab Prem Ki Gazab Kahani, to name a few.

This young producer now is planning to expand his production house and tap into various other aspects of the entertainment industry. Owing to his popularity amongst the industry, he has also been invited as a key guest and celebrity judge for various shows and coveted award ceremonies. The producer has worked with who's who from the industry like Dharmendra, Karan Kundra, Ranvijay Singha, director Ahmed Khan, to name a few.

Apart from being one of the prominent personalities in the entertainment industry, Sandeep Agarwal is also a well-established entrepreneur and owner of Balaji granites and marbles which a big name in the marble industry.

Next Story : Krrish 4: Will Kriti Sanon team up with Hrithik to save the world?