Rajat Kapoor is known for associating with parallel and meaningful cinema like Monsoon Wedding, Corporate, Dasvidaniya and That Girl in Yellow Boots 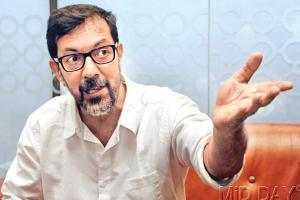 
Actor-filmmaker Rajat Kapoor, who is crowdfunding for an upcoming directorial venture, says the digital release of small budget independent films fetch a wider audience than otherwise suffering in a theatre with big budget mainstream films.

Rajat is known for associating with parallel and meaningful cinema like Monsoon Wedding, Corporate, Dasvidaniya and That Girl in Yellow Boots.

Asked if the growing market of Hollywood cinema in India is making it more difficult for Indian indie cinema to survive in theatres, Rajat told IANS: "I think to release all those independent films on live streaming platforms like Amazon and Hotstar is good because it gets a better life there. Even now people watch 'Ankhon Dekhi' and write to me with their feedback. So, it is a good space there."

"I do not think there is any other solution to that unless the audience is creating the demand of meaningful cinema. That will not happen in just a few years... It might take 20 years. Maybe when the audience is mature and better educated, meaningful cinema will find good space," added the "Bheja Fry" fame actor, who is using fundraising platform Crowdera to crowdfund his movie.

On the acting front, Rajat will be seen playing a pivotal role in Anubhav Sinha's directorial Mulk, which was released this Friday.

Sharing an insight into his character in the movie, Rajat said: "My character is a Muslim man named Danish Javed who has extra consciousness knowing the fact that (his) community is looked upon differently. He is very complex and conflicted. The story is actually a very emotional journey where a family is going through a disaster because one of the members of their family has chosen the path of terrorism."

As the film features an ensemble cast including names like Rishi Kapoor, Ashutosh Rana, Manoj Pahwa and Neena Gupta, Rajat said it was a lovely experience to work with all of them.

"I have worked with Rishi Kapoor sahab for the second time. We worked in Kapoor and Sons and had a great experience. Manoj Pahwa was an absolute delight, so was Taapsee Pannu and Neena Gupta. Overall, we had a great time making the film," he said.

What is his next project?

"I have finished shooting a film called 'Kadak' and we are going through post-production and sound. We are planning to release it soon. I have been working on a film called 'RK/R Kay' for which I have been crowdfunding for some time. I think we will start shooting the film end of this year," said the maker of National Award-winning film "Raghu Romeo".

While crowdfunding is quite an effective process for young independent filmmakers to arrange money for their films, Rajat said: "Well, I am not young anymore, but I am still doing it."

Next Story : Jubin Nautiyal: Glad my first Holi song is with Himesh Reshammiya