Rishi Anand Acharya aka Lil he77, rapping his way to glory 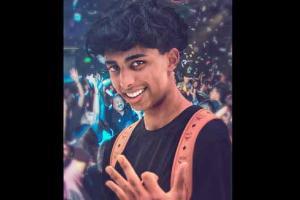 Rishi Anand Acharya aka Lil he77


Rishi Anand Acharya aka Lil he77, an imminent young rapper has become a sensation in the world of music. Even at a tender age of 17 years, he has an impeccable knowledge of music. Lil he77 is an Indian living in America who started writing music and his great skills has become popular since he released his first rap last year.

His career bloomed more after Adam 22 from the podcast "No Jumper" recognised his potential after listening to his rap song "Spirit of Ecstasy" wherein Lil he77 starts the rap by conveying that in Indian culture, people like to be pharmacist or doctors or whatever and he's like "oh, now a rapper (himself) too!" This debut gave him his beginning fanbase on SoundCloud which encouraged him to keep writing and working with dedication by achieving success in his passion for Music!

His rap song "Lie On Me" which was released six months ago has been the most loved song among his fans. There are over 545k views of this song on YouTube and 2 million views altogether on all the music apps. At such a tender age, he has twenty thousand followers on Instagram which is as appreciable. His fans have increased eventually just by viewing his unreleased music, waiting eagerly for it to release soon.

Lil he77 has ever-increasing fans just because of his passion for music that will result in him being a star one day and shine wherever he goes and have a great career in music-making the world proud.

Next Story : Shama Sikander on Bypass Road: Overwhelmed with the love coming my way