Rojalin Harichandra States On How She Prepares For Her Acts 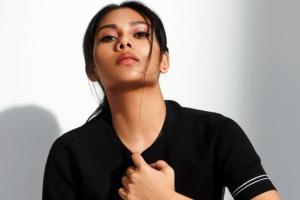 The world of entertainment is a vast field with many names making their mark as an actor and a model. Rojalin Harichandan who is popularly known as Roselyn Dsouza by her stage name has been a part of several TV commercials and music videos. Her recent music video was 'Tu Mile' by T-Series. The model says her parents did not even know that she had got immense popularity over the internet. Born in a humble household in Kolkata, she was brought up and grown up in different places. She was brought up in Allahabad then Chandigarh then Guwahati and then Orissa after which she moved to Mumbai.

The army kid has surely come a long way in her career of more than a decade. The model graduated in Economics honors from Talcher College which is affiliated to Utkal University. She was also named as Miss Bhubaneshwar 2015 and since then Roselyn has not looked back. She even bagged the title of Miss Nirvana 2018 and has been practising theatre to improvise her acting skills. The actor and model who already made her foray into Punjabi and Telugu film industry has also done a Hindi movie named ‘Room – The Mystery’ where she played a lead role.

While speaking about her preparation before going on stage, she said, “As an actor, one needs to be well practised and well-read. I read extensively and that has helped me a lot. On stage there are no retakes, therefore, to be a confident stage actor is to be equipped with general knowledge and the ability to take on a curveball and handle the crisis.” Besides this, Roselyn Dsouza also played a fun rapid-fire round where she made some interesting revelations.

Next Story : Kanika Kapoor deletes post where she revealed she was COVID-19 positive