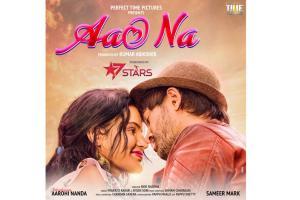 Kumar Abhishek is all set for his upcoming album "Aao Na" which is going to release under its recently launched banner Perfect Picture Times.  Social Media sensation Sameer Mark will be seen in the lead with opposite Aarohi Nanda who is making the debut with this album.

Talking about the banner, producer Kumar Abhishek says," I have recently launched my banner Perfect Time Pictures and all the marketing and promotions of the album will be done under the banner.

Further Talking about the song Kumar Abhishek says, "We shot the songs in Kajrat locals. We need to depict the loneliness as our story of the single revolves around the separation- both the lovers have been separated and they are now feeling the pangs of separation and for that, I believe Kajrat is the perfect destination which goes well with the aura of the song. The song requires a lot of peace and serene environment to explain their emotions and Kajrat is the perfect place for the same."

This soul-stirring number has been penned by Aayush Soni and also rendered by him and Prakriti Kakar. It is set to tune by composers Shivam Chaurasia and Chandan Saxena. The single is directed by Ravi Sharma who was previously associated with well-known directors Radhika  Rao and Vinay  Sapru has directed this single.

The single is completely based on the heartbreaks and pain that two people have to face who were completely in love with each other once. With its amazing lyrics and outstanding music, this song is sure going to string the chords with the listeners.

Kumar Abhishek is also producing a feature film titled "Coat" starring Vivaan Shah, Sanjay Mishra and Naseeruddin Shah. This film will release after the release of the song " Aao Na".

Next Story : Arhaan, an aspiring actor, is inspired by Bollywood star Tiger Shroff