siddhant Issar, an actor whos all set to make his debut soon, seems to be a promising talent on the block who has also written and directed the film hes acting in. 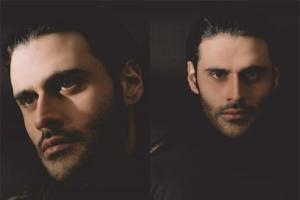 
Actor Siddhant Issar, who is all set to mark his screen debut with a short film titled Resurrection- Jaago Aur Jiyo feels creativity is the best anti depressant.

The ongoing lockdown and its lows had really got to Siddhant Himself. Two months into it, he felt anxious and even mentally low and depressed due to which he felt putting his energy into creativity and getting this film together that really helped him come out of it in return.

Besides playing the titular role in the film, Siddhant has also written and directed the film. The actor has also excelled in theatre over the years where he acts on stage as Duryodhan in India's Most successful live theatre play Mahabharat- An Epic Tale.

While the debut actor wanted to make this movie as an inspirational video for Facebook but when he shared this story with his father Puneet Issar, he felt this story needs to be told in a bigger way and encouraged me to make a proper 20-min short film.

Resurrection - Jaago Aur Jiyo is based on suicide prevention and mental health wellness during the lockdown and Covid Pandemic with an interesting supernatural twist to it. The short film is slated to release on Showman Theatre Productions YouTube Channel on August 25, 2020.