Sunny Chopra is an emerging actor and model

Sunny Chopra has collaborated with several actors in the B-Town and embarked upon with some worthy videos that made him popular. 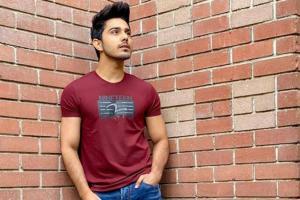 
Sunny Chopra is an emerging actor and model who holds high when it comes to having a huge fan following for his funny and music videos. He comes from Haryana's small town called Yamuna Nagar and his life got a small start in the field of modelling and later headed to acting. He was handsome and known for his style that made him active in different cultural activities in his college days that helped him took acting and modelling very serious in his life. His cool photos on social media also gave him a chance to be a model.

He remained the part of different marketing and ad campaigns while working as a model and soon thought of embarking upon coming up some funny videos on popular video posting platforms like Tick Tock. He started making funny videos that made him popular along with other music and dance videos that impressed everyone making a decent fan following of this young man called Sunny Chopra. He used the power of social media to promote his videos posted on different social networking sites like Instagram helping him reach the zenith of huge fan following of 164 million.

He has collaborated with several actors in the B-Town and embarked upon with some worthy videos that made him popular. Some of his collaborations include with the bigwigs of the B Town including actors like the global icon Priyanka Chopra, Sunny Leone, and singer Baadshah. His solo and other videos made him popular on social media. He mostly made videos on hilarious issues that made with known faces like Ashnoor Kaur and singer Lisa Mishra helped him go at the top of the success ladder. He worked with the two divas with his recently released music album Vyrls Original that seems to add strength to his stardom.

Next Story : Lata Mangeshkar hospitalised; family says she is recovering