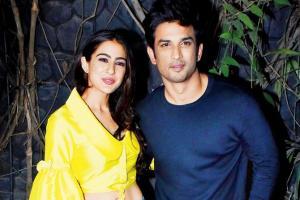 
If Kedarnath marks life coming a full circle for Sushant Singh Rajput - the film sees him reuniting with his first director Abhishek Kapoor - it also marks a new beginning for his co-actor Sara Ali Khan. Having wrapped up the shooting of the love saga two days ago, Rajput says Khan's dedication to her craft will hold her in good stead in Bollywood.

Sharing his experience of working with Saif Ali Khan and Amrita Singh's daughter, he says, "When I started my Bollywood journey five years back, I was excited about learning new things and showcasing my talent. I saw the same enthusiasm in Sara. Her zest reminded me of my early days. She knows her craft well and is confident about her way ahead. I am sure she will do well." 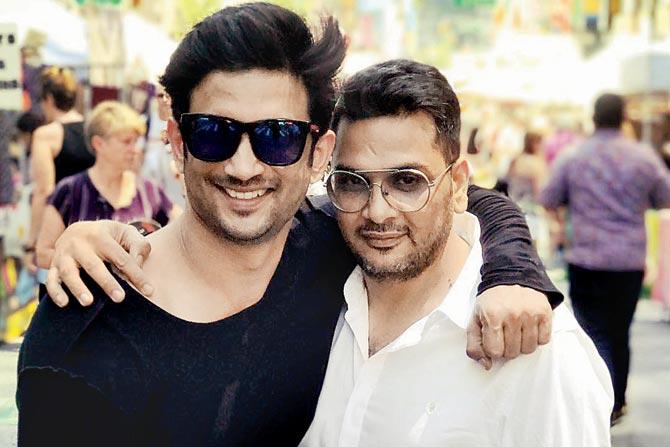 Besides Kedarnath, Rajput has an interesting mix of films on his plate. While Tarun Mansukhani's Drive is said to be a slick actioner, Abhishek Chaubey's Sonchiriya sees him playing a dacoit. But the project that he holds close to his heart is the remake of The Fault In Our Stars (2014) - the love story marks the directorial debut of casting director and his close friend, Mukesh Chhabra. "Mukesh gave me my first film; I remember he auditioned me for Kai Po Che (2013). He would often speak about venturing into direction and I used to tell him that I'd love to be a part of his film, if he thinks I fit the bill. Luckily, it happened. I am happy for him," says the actor, who is currently undergoing workshops for the project.

Also Read: Sanjay Dutt: Being a gangster comes naturally to me

Next Story : Sanjay Dutt: Being a gangster comes naturally to me