Sushant Singh Rajput's sister: Let's stand together for the truth

shweta Singh Tiwari, sister of late actor Sushant Singh Rajput, has urged everyone to stand together for the truth and demanded justice for her brother 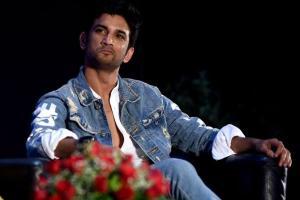 Sushant's sister on Wednesday had posted a picture of the late actor's portrait in their Patna home. "If truth doesn't matter, nothing ever will! #justiceforsushantsinghrajput," she had written alongside the image.

On Tuesday, it came to light that Sushant's father KK Singh has filed an FIR at Rajiv Nagar police station in Patna a few days back, accusing six people, including actress Rhea Chakraborty, for abetment to suicide.

Rajiv Nagar police station in-charge Yogendra Ravidas said on Tuesday that Sushant Singh Rajput's father KK Singh has accused six people, including Rhea, for abetment to suicide in his complaint (FIR number 241/20) submitted over the weekend. The police are investigating the case.

Shweta also finds mention in the FIR, which mentions at one point: "Sushant called his sister and told her that Rhea threatened him to show certain medical receipts to the media in order to prove that he was mad. After that no one would offer him work."

Next Story : Sonu Nigam unveils his music label on birthday