In the past few months, Suicide Company Pvt Ltd featuring Swara Bhaskar and Jay Bhanushali has won awards and nominations internationally and nationally 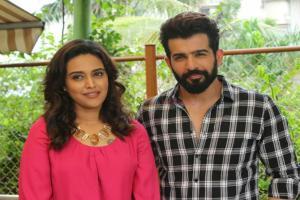 
After the success of Veere Di Wedding, Swara bhaskar has another reason to celebrate. Suicide Company Pvt Ltd a large short film featuring Bollywood actor Jay Bhanushali and Swara Bhaskar has got an official entry at the prestigious Los Angeles Film Awards.

Produced by Shaleen V Vaid and Directed by Indian filmmaker Jehangir Irroni under the banner of Vistree, the film's theme is based on Suicide and Depression which is written by Pragnya Tripathi, also a Clinical Psychologist by profession and Jehangir Irroni.

Next Story : Jacqueline Fernandez is all smiles as she leaves for Dabangg tour