In the thirty-second video, Dulquer Salmaan who is the male lead of the film is seen getting annoyed at Sonam Kapoor and telling her that luck is not what's needed to win a cricket match 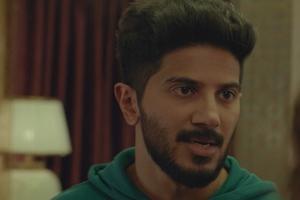 Dulquer Salmaan in a still from the video. Image courtesy: Instagram/@foxstarhindi


Audiences and Sonam Kapoor fans are excited for the release of her upcoming film The Zoya Factor. To keep the audience on its toes, the makers are releasing hilarious dialogue promos and behind-the-scenes videos. To further add to the thrill the makers have just released a dialogue promo of the film on social media with the caption Luck v/s Hard work.

In the thirty-second video, Dulquer Salmaan who is the male lead of the film is seen getting annoyed at Sonam Kapoor and telling her that luck is not what's needed to win a cricket match, rather it is important for the players to train and play well.

Makers take took to their social media and shared the promo, "The war is on! Who do you think will win, luck or hard work? #TheZoyaFactor out in cinemas on 20th Sep. http://bit.ly/LuckvsHardwork"
The video which was released just sometime back has already garnered a lot of love on social media platforms while the excitement of fans to watch the film has doubled.

The Zoya Factor is an unusual story of Zoya Solanki who works as an advertising agency and is termed to be the lucky charm for the Indian Cricket Team. Through the project, she meets the team's skipper Nikhil Khoda, essayed by Dulquer, who does not believes in luck.

The Zoya Factor is an adaptation from a novel written by Anuja Chauhan by the same name. In an interview with mid-day, Anuja said that she is happy with the film has shaped up. Director Abhishek Sharma, who adapted the bestseller with Chauhan, says it has been a difficult process. "Writing a screenplay is a different ball game as compared to writing a book. While a novel is subjective, we wanted to be objective." Sharma says the roles were tailor-made for Salmaan and Kapoor. "I call Dulquer DDG [Drop Dead Gorgeous] considering his female fan following. He surprised me with his talent. As for Sonam, she fits the character perfectly. We couldn't think of anyone else."

The Zoya Factor will hit the big screens on September 20 this year.

Also Read: Why did Anand Ahuja and Dulquer Salmaan throw Sonam Kapoor out of their Whatsapp group?