This actor from Sooryavanshi is selling vegetables amid COVID-19

Kartika Sahoo, a Bollywood actor who will also be seen in Akshay Kumars Sooryavanshi, has now started selling vegetables due to the COVID-19 pandemic! 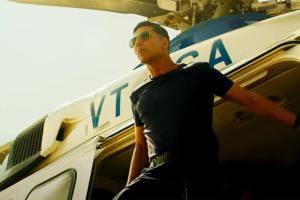 
The COVID-19 pandemic has hit many people hard, and the latest victim is Bollywood actor Kartika Sahoo from Odisha. With the entertainment industry almost non-functional and most productions on hold, the actor is forced to sell vegetables for a living.

Sahoo, who hails from the from Garadpur block of the Kendrapada district in Odisha, said that he went to Mumbai to try his luck in Bollywood at the age of 17. For many years he worked as a bodyguard to film stars and cricketers such as Amitabh Bachchanand Sachin Tendulkar, among others.

Lady luck shone on him in 2018, and he landed noticeable roles in the action sequences of many movies, he said while speaking with ANI. He also has a fight sequence with Akshay Kumar in his upcoming film Sooryavanshi.

Just before the nationwide lockdown which started on March 22, Sahoo had returned home to Odisha after shooting a fight sequence in Jaipur. Since then, with no work, the actor has been living off his savings to sustain his family. But, after four months of no work, and a medical emergency, a major part of his savings was drained.

To find work, he moved to state capital Bhubaneswar, but to no avail. In the end, Sahoo had to resort to selling vegetables in Rasulgad there. Sahoo is still hopeful and said that he'll again try his luck in Bollywood once the situation is back to normal, till then he will struggle, like others, for survival.

Next Story : Abhishek Bachchan: Aishwarya and Aaradhya have tested negative