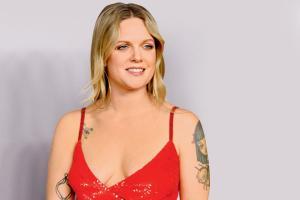 
Some of her melancholic tracks, including Habits and Out Of Mind may have been instrumental in earning her the title of 'the saddest girl in Sweden', and Tove Lo admits that when caught feeling forlorn, she lets herself dig deeper into her feelings instead of opting for a positive approach. "I am emotional and pretty intense. If I feel everything is falling apart I will still tap into [that emotion] and explore it," says the Swedish singer-songwriter, as she promotes her upcoming "happier" album, Sunshine Kitty.

"I'm in a good place," justifies Lo, who is known for penning semi-autobiographical numbers that have even earned her nominations at the Grammy Awards. "I would write journals. Once I started writing music, this became my way of making sense of my life and mind. It's my way of processing anything. Often, I have to stay in that bubble and write in an unfiltered manner, without thinking about people's perceptions. I'm in a good place, so it's a happier album."

Credited as a writer of some of the most celebrated tracks of revered artistes like Ellie Goulding and Lorde, Lo holds the latter's Homemade Dynamite as among her best-penned works. "I love tapping into someone's mind and knowing what they feel." As far as rendering her numbers is concerned, she always prefers being her own lyricist. While her single, Glad He's Gone, is already out for consumption, the album, she says, has a "summer song that [evokes] nostalgia", and another experimental Scandinavian and Latin track that has been amassing good responses from her dear ones.