The 'Uri: The Surgical Strike' actor posted a throwback picture of himself from an event where he is seen giving out flying kisses. 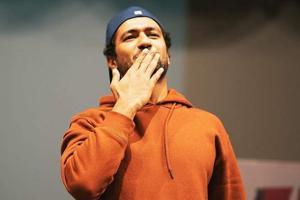 
Bollywood's handsome hunk Vicky Kaushal on Wednesday celebrated 7 million Instagram followers by sending out flying kisses to his fans. The 'Uri: The Surgical Strike' actor posted a throwback picture of himself from an event where he is seen giving out flying kisses.

"Hope my kisses come flying into your hearts. Parivaaar badh raha hai. Shukriya! #7M," he wrote in the caption. The 'Masaan' actor is hugely popular among movie buffs for his classic films like 'Masaan,' 'Manmarziyan,' and 'Raazi.' He rose to stardom with his major hit film 'Uri: The Surgical Strike' which is based on the real-life surgical strike carried out by the Indian Army on militant launch pads.