"We make less patriotism-infused films, so after a long time, the audience will see something like this, which is based on a true event. We hope the audience loves the film," said Gautam 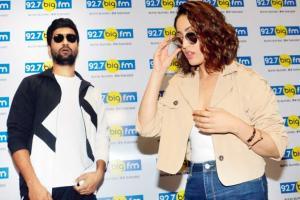 
Yami Gautam, gearing up for the release of her forthcoming film Uri: The Surgical Strike, said the Indian film industry makes less patriotism-infused films. Based on the Indian Army's 2016 surgical strikes inside Pakistan-administered Kashmir, in retaliation of the Uri attack, the film will hit theatres on January 11.

"We make less patriotism-infused films, so after a long time, the audience will see something like this, which is based on a true event. We hope the audience loves the film," said Gautam.

On the audience response to the film's trailer, the actor said, "There is happy nervousness and excitement about the release of the film within our team. The kind of response we have been receiving for the trailer is amazing. People are looking forward to it because it is for the first time we have made a film on surgical strikes in India." Co-star Vicky Kaushal said, "I feel everyone should watch Uri with their family because it's a good film. Our audience will appreciate it."