This initiative was taken by Krupali Avhad & Padam Sandhu best known for their Bollywood & YouTube Associations. They reached out to the YouTubers who were quick to respond affirmatively. 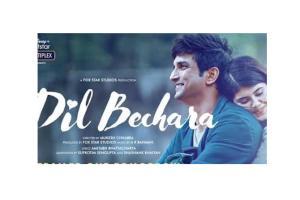 
Popular YouTubers of India join hands and paid tribute to the late actor Sushant Singh Rajput in a heart-warming video. Famous YouTuber Ashish Chanchlani shared the tribute on his Instagram account, where the others were seen expressing their Dil Bechara moments. This ode to Sushant features YouTubers like Beyounick, Slayypoint, Mallika Dua, Carry Minati, Ahsaas Channa, Anmol Sachar, Sejal Kumar amongst many more narrating their memories of life.

This initiative was taken by Krupali Avhad & Padam Sandhu best known for their Bollywood & YouTube Associations. They reached out to the YouTubers who were quick to respond affirmatively.

Ashish Chanchlani shared his tribute and thanked Sushant for entertaining people with his impeccable performances on screen. His caption read that the actor has left behind a very important mark in the Indian cinema. He further wrote, his heart aches whenever he thinks about his iconic roles. While sharing Sushant’s monochrome picture, his video begins with "In loving memory of Sushant Singh Rajput." While talking about his childhood memories, he added "I still remember playing during my childhood and sustaining injuries. My heart sank at that point in time, but later I started playing again."

Followed by him, YouTubers Gautami and Abhyudaya Mohan narrated their Dil Bechara moment and said, "I remember I scored 9 out 100 in Maths and it was sure that I was about to get scolded from my father for the same. But, my mother prepared a sweet dish at night and saved me from my father."

Saloni Gaur too expressed her Dil Bechara moment where she said "I was all set for the party and knew that my parents would not allow me, my heart literally sank but my friends lied and convinced my parents for the party."

*Here is the link below:*

Next Story : Vidya Balan, Anupama Banerji to come together and interact with media