The first picture is a throwback picture, in which the father-son duo could be seen on the sets of a film, where Amitabh could be seen reading a letter to his son 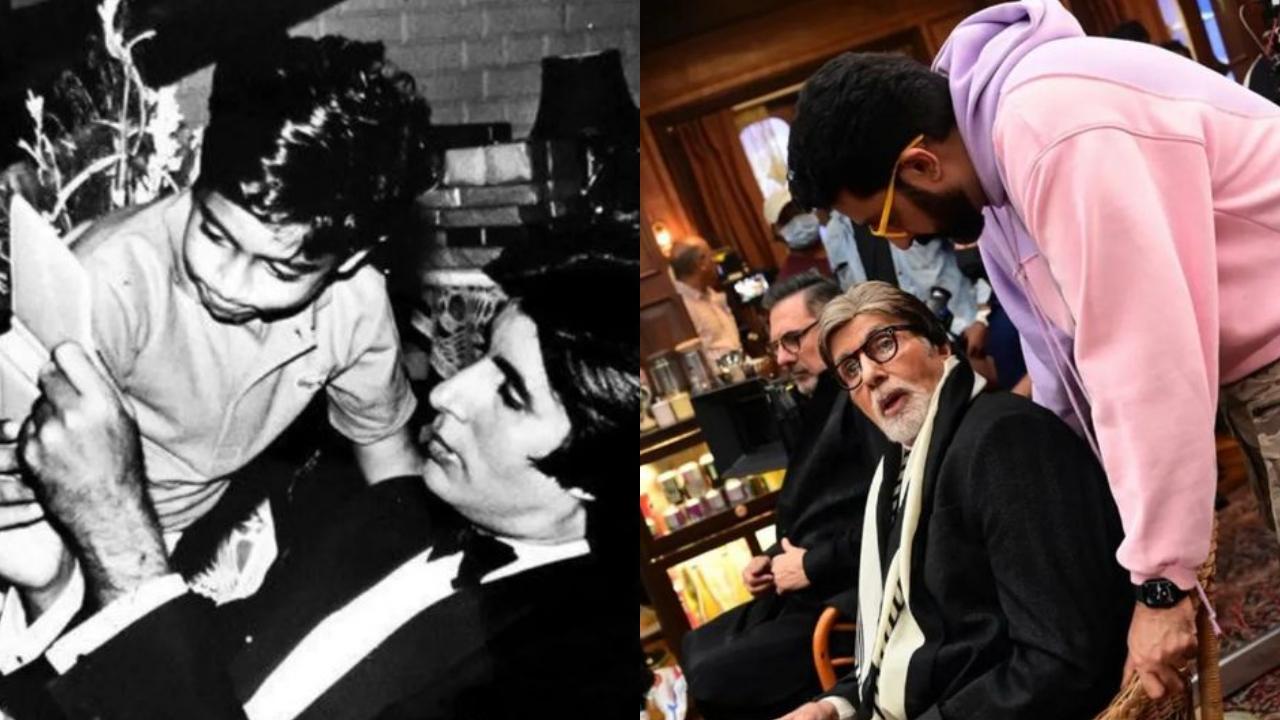 
Bollywood actor Abhishek Bachchan, on Monday, took a stroll down memory lane and shared a then and now collage picture with his father Amitabh Bachchan.

Taking to Instagram, the 'Dhoom' actor shared the picture which he captioned, "Some things never change! Well, I guess apart from height and facial hair. Surprise visits to his set will always be one of my most favourite things to do."

The first picture is a throwback picture, in which the father-son duo could be seen on the sets of a film, where Amitabh could be seen reading a letter to his son.

In another picture, the 'Bob Biswas' actor could be seen standing behind his father in a pink hoodie and talking to him, as he sits on a chair on the sets of his upcoming film.

Behind the 'Deewar' actor, Boman Irani could be seen sitting on a chair.

Meanwhile, talking about the work front Abhishek Bachchan was last seen in the Netflix movie 'Dasvi' alongside Yami Gautam and Nimrat Kaur. He will next be seen in 'Ghoomer' alongside Saiyami Kher. 'Ghoomer' is being helmed by R Balki. This is Abhishek's second collaboration with Balki after 'Paa'.

He will be also seen in the next season of Amazon Prime Video's upcoming thriller series 'Breathe: Into the Shadows'.

Amitabh, on the other hand, could be currently seen in Karan Johar's sci-fi action thriller film 'Brahmastra: Part 1-Shiva' alongside Ranbir Kapoor, Alia Bhatt and south actor Nagarjuna, which is getting positive responses from the audience.

Apart from that, he will be next seen in director Sooraj Barjatya's next family entertainer film 'Uunchai' along with Anupam Kher, Parineeti Chopra, and Boman Irani, which is all set to hit the theatres on November 11, 2022, and in 'GoodBye' alongside Rashmika Mandanna, which is slated to release on October 7, 2022.

Next Story : Our attitude towards a problem is the real problem, says Shilpa Shetty