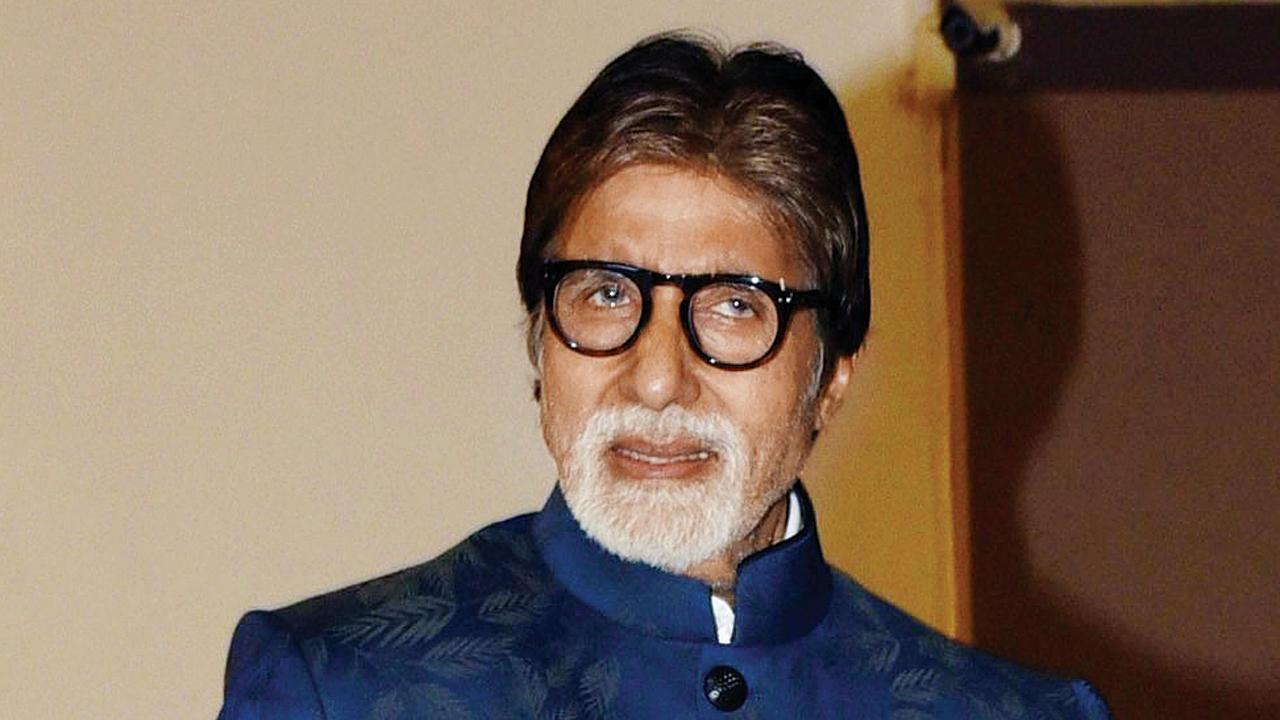 'GoodBye' movie revolves around self-discovery, the importance of family and the celebration of life in every circumstance beautifully depicted by the Bhalla family. It is a heartwarming story of every Indian family ever that takes the gloomiest period to make sunshine and promises to be closer though a loved one has gone far away.

The film portrays the mayhem of every family dealing with the ups and downs that life throws but it also gently reminds the significance of being there for each other, through it all. Produced by Ekta Kapoor, the film is all set to hit the theatres on October 7, 2022.

The 'Runway 34' actor while attending the event virtually shared, "I have seen Ektaa growing up since her childhood. And to work with her is an honour. I have seen her films and have loved them".

Later Amitabh hilariously added the coincidence of them wearing yellow and black specs which they never planned but had happened.

Big B has known Ektaa since the beginning of her childhood. As the producer was a close friend of Abhishek Bachchan and Shweta Bachchan and used to attend every birthday party at Amitabh's house.

During the event, the 'Dream Girl' movie producer revealed that there was a time when the 'Badla' actor called Ektaa's father Jeetendra and said that the little Ektaa stared at him the whole evening.

Talking about the same, emotional Ektaa said "Since my childhood days, I have been visiting Amit uncle's house as Shweta and Abhishek were my friends. One of the evenings during the birthday party, Amitabh called my father Jeetendra and he said that all Ektaa did was - staring at me".

Meanwhile, on the work front, Amitabh will be next seen in director Sooraj Barjatya's next family entertainer film 'Uunchai' along with Anupam Kher, Parineeti Chopra and Boman Irani, which is all set to hit the theatres on November 11, 2022.

On the other hand, Ektaa's show 'Lockkup' turned out to be a major success and apart from 'Goodbye', the producer has several amazing projects coming ahead.

Next Story : Rashmika Mandanna on working with Allu Arjun and Amitabh Bachchan: I am living my dream of working with two icons of Indian cinema