After Dobaaraa, Taapsee Pannu and Anurag Kashyap to collaborate for another film

Taapsee Pannu posted that she and Anurag Kashyap have “made a bet about their next,” the content of which she will disclose at a later date. 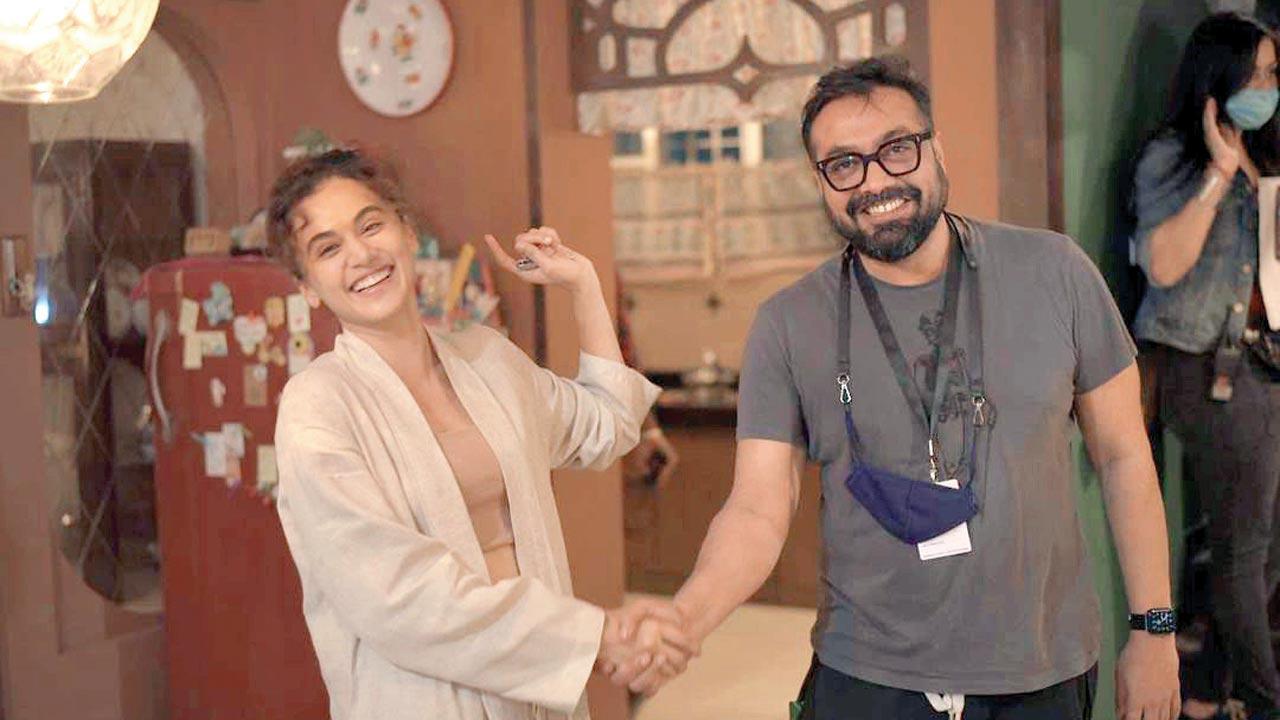 
Taapsee Pannu has wrapped up Anurag Kashyap’s Dobaaraa in 23 days. The shooting of the sci-fi thriller, co-starring Pavail Gulati, was marred for three days due to the income-tax raids at the actor and filmmaker’s premises, but they managed to complete the shoot on schedule. "Twenty three days of pure honest energy on set and it's a wrap! #Dobaaraa," Pannu wrote on Instagram on Monday alongside a picture with Kashyap, who also directed her in Manmarziyaan.

Pannu also hinted that she will be collaborating with Kashyap for another project. The actor posted that she and the director have “made a bet about their next,” the content of which she will disclose at a later date. "... but for now just know if I win, he will have to do another film with me of my choice and if he wins, in the next movie we do together, I shall not argue with him on set. Point being, nevertheless, u shall see us together once again (sic)" she added.

Dobaaraa's shoot was halted on March 3 after Income Tax Department's officials raided homes and offices of Pannu and Kashyap as well as his partners, who launched the now-shuttered production house Phantom Films. The searches, part of a tax evasion probe against Phantom Films, carried out across 30 locations in Mumbai and Pune, also covered Reliance Entertainment group CEO Shibhasish Sarkar and some executives of celebrity and talent management companies KWAN and Exceed.

Production resumed three days later, with Kashyap sharing a still from the film's sets on March 6 which was captioned: "and we restart our shoot #DoBaaraa".

Next Story : Akshay Kumar 'proud' to be a part of Teri Mitti