As advance bookings open, Akshay hopes that parents across India would take their kids to watch Samrat Prithviraj and that the king’s life is saluted in schools as ‘a part of the curriculum’ 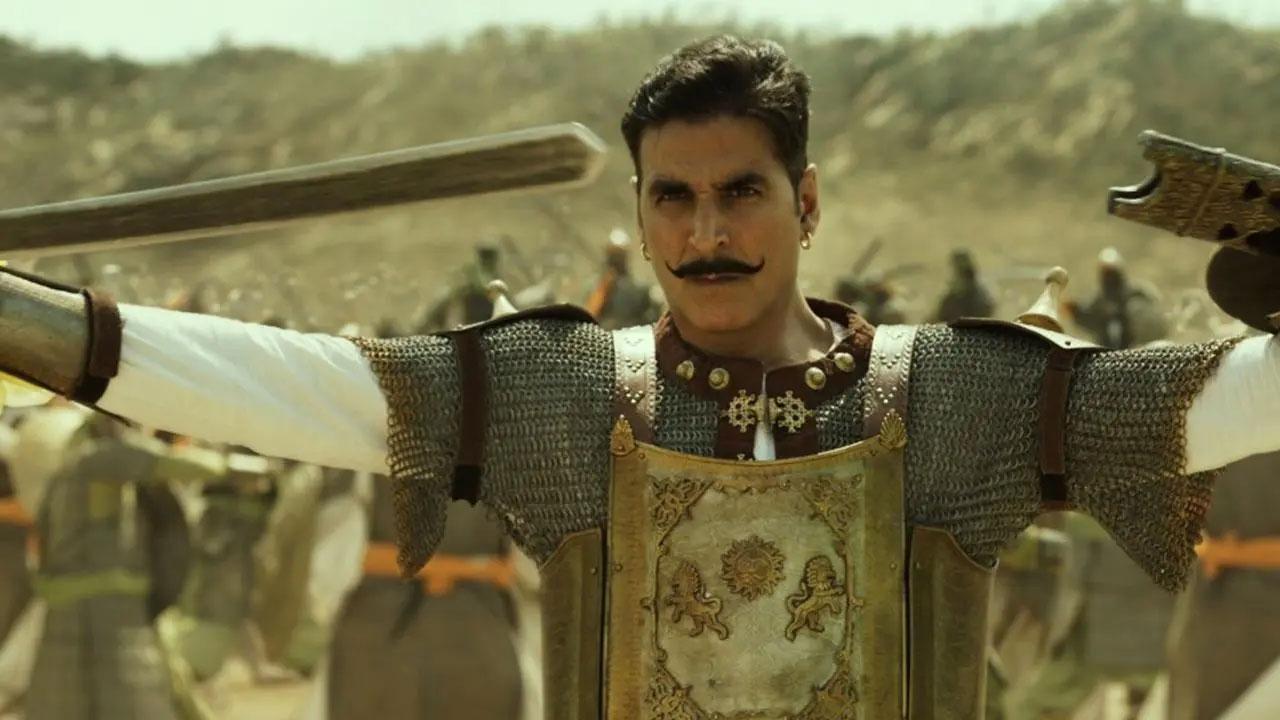 
Akshay Kumar’s next is Yash Raj Films’ first historical film, Samrat Prithviraj, which is based on the life and valour of the fearless and mighty King Prithviraj Chauhan. He is essaying the role of the legendary warrior who fought valiantly to protect India from the merciless invader Muhammad of Ghor in this visual spectacle. YRF has opened the advance bookings of Samrat Prithviraj today - May 29th, 2022.

Rohan Malhotra, Vice President - YRF Distribution says, “Samrat Prithviraj is a big screen spectacle based on the life of the great warrior King Samrat Prithviraj Chauhan. The film has been conceived, devised and shot in a manner that’s best experienced on the biggest possible screen. YRF is leaving no stone unturned to make it the widest ever release for a Hindi film of superstar Akshay Kumar’s 30 year career. Tickets will go on sale from today for Hindi, Tamil and Telugu versions.”

As advance bookings open, Akshay hopes that parents across India would take their kids to watch Samrat Prithviraj and that the king’s life is saluted in schools as ‘a part of the curriculum’. Akshay says, “Samrat Prithviraj Chauhan’s life is truly inspirational. The values he stood for, the courage he wielded, the purity he had in his heart and the love he had for his motherland, makes him an exceptional human being. He is a great example of what an Indian should be. He only lived to stand up for truth and honour and justice and I feel these are the virtues that we should all aspire to uphold in our daily lives.”

He adds, “I want all kids to watch Samrat Prithviraj and I hope it becomes a part of the curriculum in schools. It is a film that can teach us many things and it is also a film that tells us about our glorious history. I feel we should all get to know the tales of heroism and bravery of those who stood up for our country and the life of Samrat Prithviraj Chauhan is a glowing example of this. It is a story that needs to be told to the kids and the youth of our country. I’m honoured to be bringing the story of this legendary warrior to them.”

Samrat Prithviraj has been directed by Dr. Chandraprakash Dwivedi, who is best known for directing the television epic Chanakya and the critically acclaimed film Pinjar. The ethereally gorgeous Manushi Chhillar plays the role of King Prithviraj’s beloved Sanyogita and her launch is definitely one of the most awaited debuts of 2022. The film is set to release on June 3 in Hindi, Tamil and Telugu.

Next Story : Kriti Sanon shares picture with mother and sister, calls them her 'Girls'