Considering that the expectations from the song were high, there were several reactions to the song 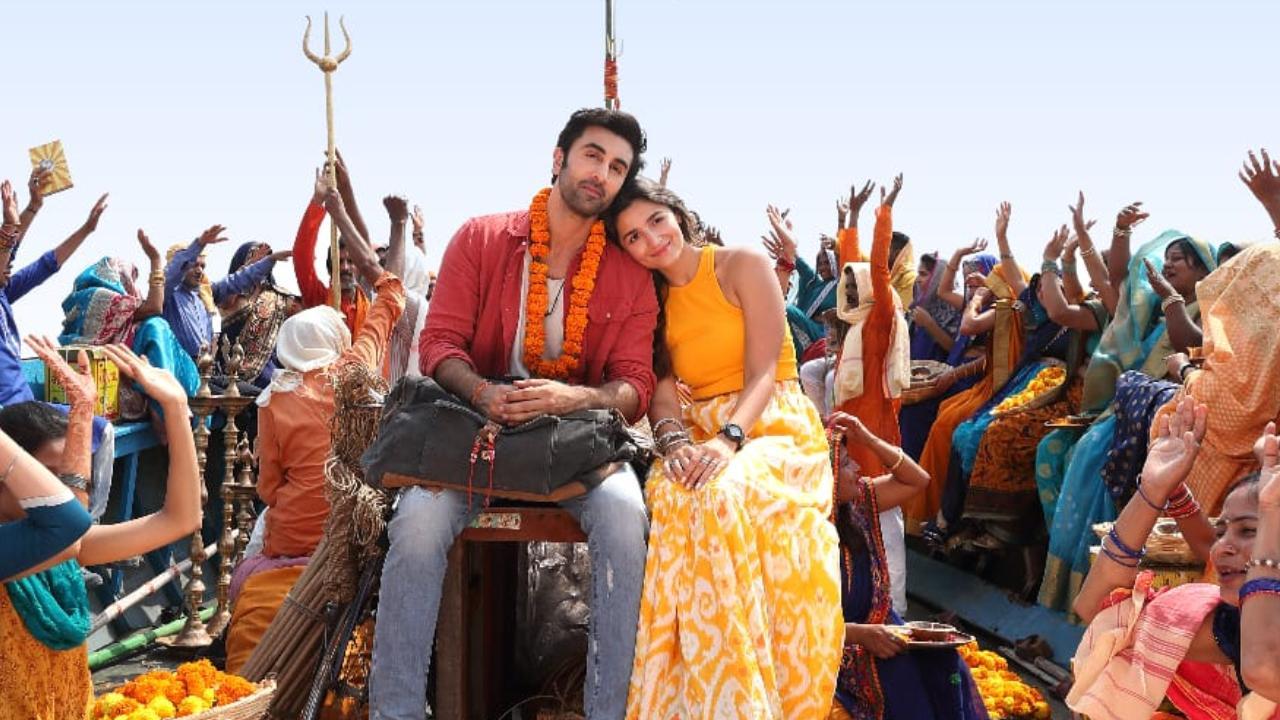 
The team of 'Brahmāstra' had first launched a teaser audio video of the song 'Kesariya' from the magnum opus to wish the lead actor ahead of their wedding in April this year. The teaser took social media by storm. Ever since people have been waiting for the release of the complete track and the makers finally released the first track from the film on Sunday. Considering that the expectations from the song were high, there were several reactions to the song.

The song was released simultaneously in five languages- Hindi, Telugu, Kannada, Tamil, and Malayalam. However, it was the 'Love Storiya' part in the Hindi version of the song that had netizens give ut some strong reactions. While many fell in love with the song, some felt that the makers could have done without it.

the most annoying line from the kesariya is hereð
| #Kesariya | #Brahmastra |
pic.twitter.com/tJwAQHLMqd

Hindi gaane me English word use karna for rhyming is not funny.#Kesariya #Brahmastra pic.twitter.com/F3xKmRCzSo

While some also defended the 'Love Storiya' part saying that it justified the character and plot of the film and the times that it is set in.

How hard is it for people to understand that this song is from Shiva’s POV! He is a young DJ, based in modern India! It fits the character perfect! And that’s what’s important!! #Kesariya #Brahmastra https://t.co/EE253FQgsx

Honestly the first time you hear the song love storiya sounds a bit weird but after that it has become one of my favorite parts. It actually fits. People need to stop criticizing the song because they listened to it once and found something to nitpick #Kesariya #Brahmastra

Speaking about the track, singer Arijit Singh said, “Kesariya marks an important milestone as a romantic song in the Indian Film Industry. Pritam da’s tunes and Amitabh’s lyrics have been ethereal to begin with. I just did my part and I see Ranbir and Alia create absolute magic with the song on screen. Kesariya will stay in people’s hearts for sure.”

Lyricist Amitabh Bhattacharya said, “The journey of 'Kesariya' has been long & endearing. As a team we were touched by the overwhelming response on the teaser. I'm sure the audience will embrace the song with as much warmth. This season the shade of love is 'Kesariya'. Hum it, feel it, spread it.”

The romantic number has been sung in Hindi by none other than Arijit Singh, whose deep and soulful vocals breathe life into the melodious composition by the much-loved composer, instrumentalist, guitarist Pritam. With lyrics penned by Amitabh Bhattacharya, the team presents an ageless romantic track that puts a smile on your face as you see the lead cast, Ranbir-Alia, in the vibrant and colourful backdrop. The song has been choreographed by Ganesh Acharya.

Next Story : Exclusive! Vaani Kapoor: My mom and sister can ridicule me for things that others appreciate