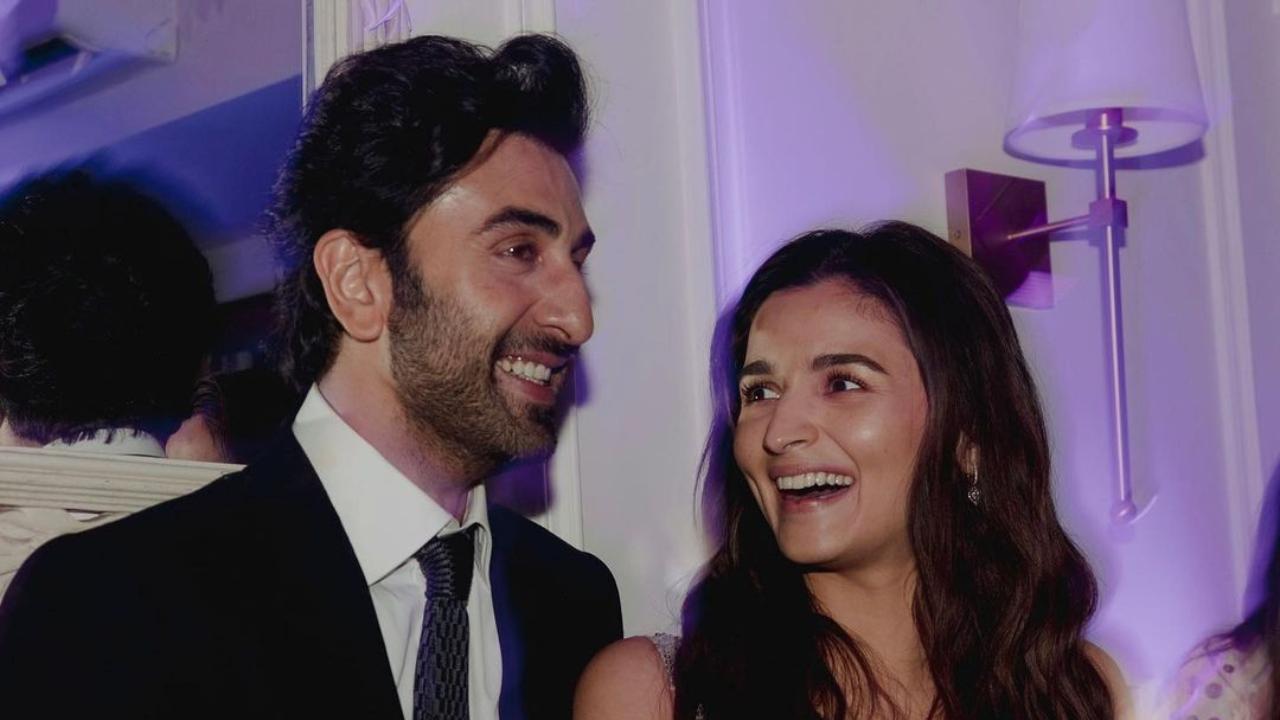 
Alia Bhatt and Ranbir Kapoor tied the knot earlier this year and are currently expecting their first child together. On Wednesday, Ranbir turned 40 and ringed in his birthday with his friends and family. The couple hosted a midnight party which was graced by Karan Johar, Shaheen Bhatt, Neetu Kapoor, Aditya Roy Kapur, and Ayan Mukerji among others. Social media was also flooded with birthday wishes for the actor from colleagues, fans, and family.

Alia Bhatt took to her Instagram handle to share a picture of Ranbir from his birthday celebration. The picture was of a physical photo in which Ranbir can be seen posing in front of a wall that read, "Cheers to forty years". The 'Brahmastra' star is seen posing in a white shirt and sporting a thick beard.

Meanwhile, Alia and Ranbir were spotted heading out of their house in Bandra on Wednesday afternoon. Ranbir's fans were seen waiting outside his house with a cake. The actor stopped his car and cut the cake with his fans and thanked them before proceeding. Alia was also seen in the car dressed in a yellow suit.

He will be next seen in director Luv Ranjan's next untitled romantic comedy film alongside Shraddha Kapoor and in director Sandeep Reddy Vanga's gangster drama film 'Animal' along with Rashmika Mandanna, Anil Kapoor, and Bobby Deol.