The actor is known for wishing all his fans and users 'Good Morning' daily. This time, certain users tried trolling him but the legend had a befitting reply ready 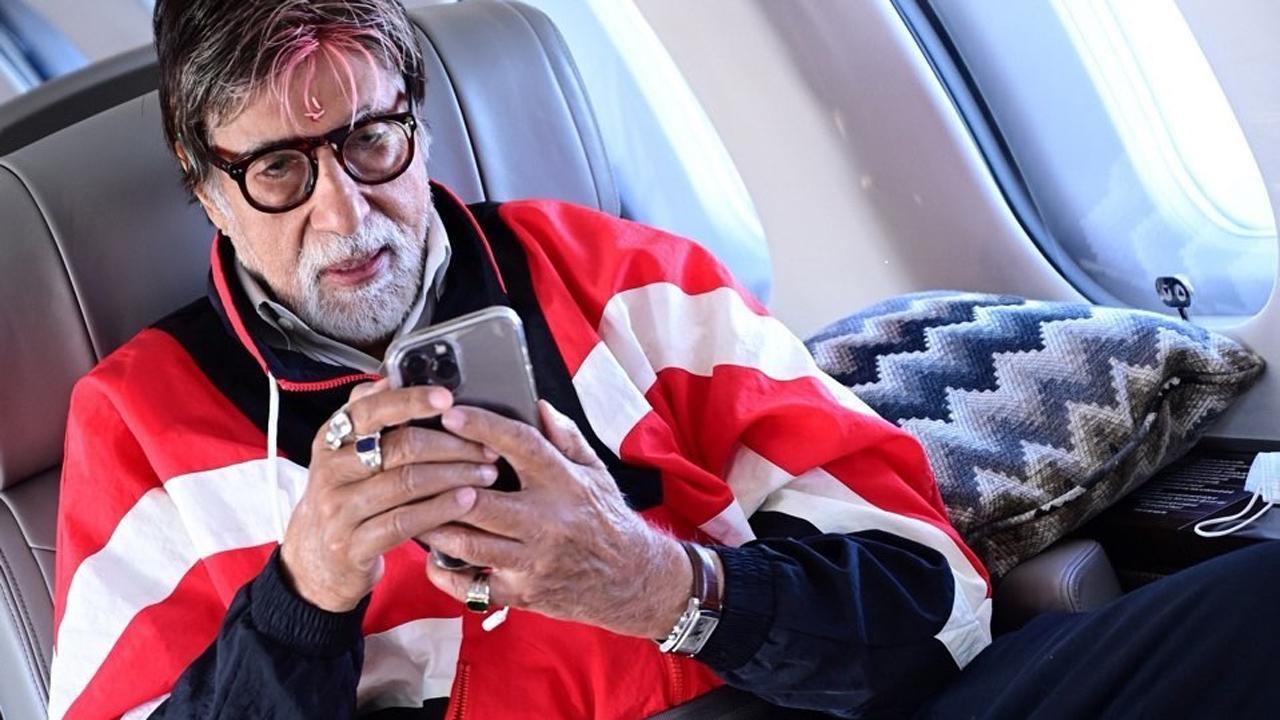 
Amitabh Bachchan is one of the most followed stars on social media. The actor is known for wishing all his fans and users 'Good Morning' daily. This time, certain users tried trolling him but the legend had a befitting reply ready.

On Facebook, he wrote 'Good Morning' in Hindi when a user wrote- "Old man, it’s afternoon," to which the star replied, "I pray to god that nobody insults you when you grow old." Another one wrote- "Isn't it too late to wish a good morning at 11:29 am." Bachchan stated- "Thank you for your taunt. I was working till late hours, shooting got over early morning. Woke up late, so sent wishing right away. I apologise if you are hurt."

And another one said he's consuming 'Desi' alcohol these days to which Big B wrote- "I do not drink, make others drink Madhushala."

Last month, ahead of Ranbir Kapoor and Alia Bhatt's wedding on Baisakhi, megastar Amitabh Bachchan extended his heartfelt wishes to the couple.

Taking to Instagram, Big B, on Wednesday, shared a video of Ranbir-Alia's love song 'Kesariya' from their upcoming film 'Brahmastra'. Alongside the clip, Amitabh wrote, "Wishing our Isha and Shiva all the Love, Luck and Light as they gear up to embark on a very special journey in the coming days. Let's kickstart the celebration with something special from Team Brahmastra."

Bachchan will be seen sharing screen space with the lovebirds in Ayan Mukerji's most awaited film 'Brahmastra', which is scheduled to hit the theatres on September 9.

Bachchan and Ajay Devgn recently shared screen space in Devgn's directorial 'Runway 34'. Big B has now written a note to the actor-director and he has shared the same on his Instagram account.

Devgn wrote- "When the illustrious and magnanimous Amitabh Bachchan stars in your directorial venture, it is an honour that is hard to encapsulate in words. And when he uses his heartfelt words in a hand-written note of appreciation it stirs emotions that are a heady mix of gratitude, quiet pride and satisfaction. Thank you Amit ji!"

Next Story : On Babil's 24th birthday, have a look at Irrfan Khan's unseen pictures with his elder son