Tisca Chopra was in for a surprise when she received a letter from actor Amitabh Bachchan. She took to Instagram on Tuesday, to share the pleasant news. 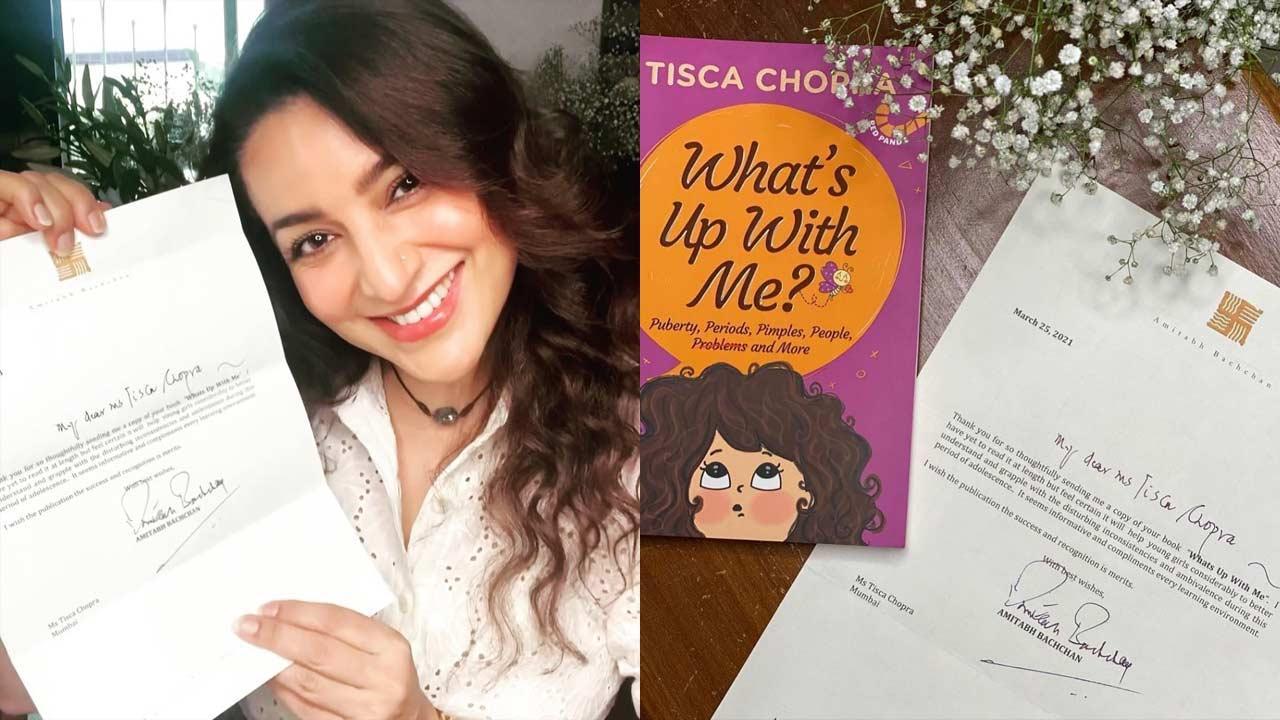 
Tisca Chopra’s latest book What’s Up With Me has found appreciation from none other than Mr Amitabh Bachchan. The veteran superstar has sent forth a signed thank you letter to Tisca for writing the book and sending it over to him. Tisca took to social media to share the letter from Mr Bachchan.

Praising Tisca Chopra’s book, Big B wrote in his letter, “I feel certain that it will help young girls considerably to better understand and grapple with the disturbing inconsistencies and ambivalence during this period of adolescence. It seems informative and compliments every learning environment.”

Tisca Chopra wrote What’s Up With Me during the lockdown, which gave her ample time to research and pen the book. She wanted to give people a guide that gives practical suggestions to cope with physical and emotional upheavals during hormonal changes at puberty. Tisca began writing a letter to her daughter, Tara, about the biological events she would inevitably face, but the more she spoke with her daughter and her friends, she felt the need to address several basic questions in detail in a language easy to comprehend. That's what pushed her to write the book.

Tisca Chopra also thanked Amitabh Bachchan for his kind gesture for lending his time to read through the book, and give her such valuable feedback via the signed letter.

Next Story : Vidya Balan: I think every woman is a 'Sherni'