Athiya Shetty and K L Rahul's night out with friends 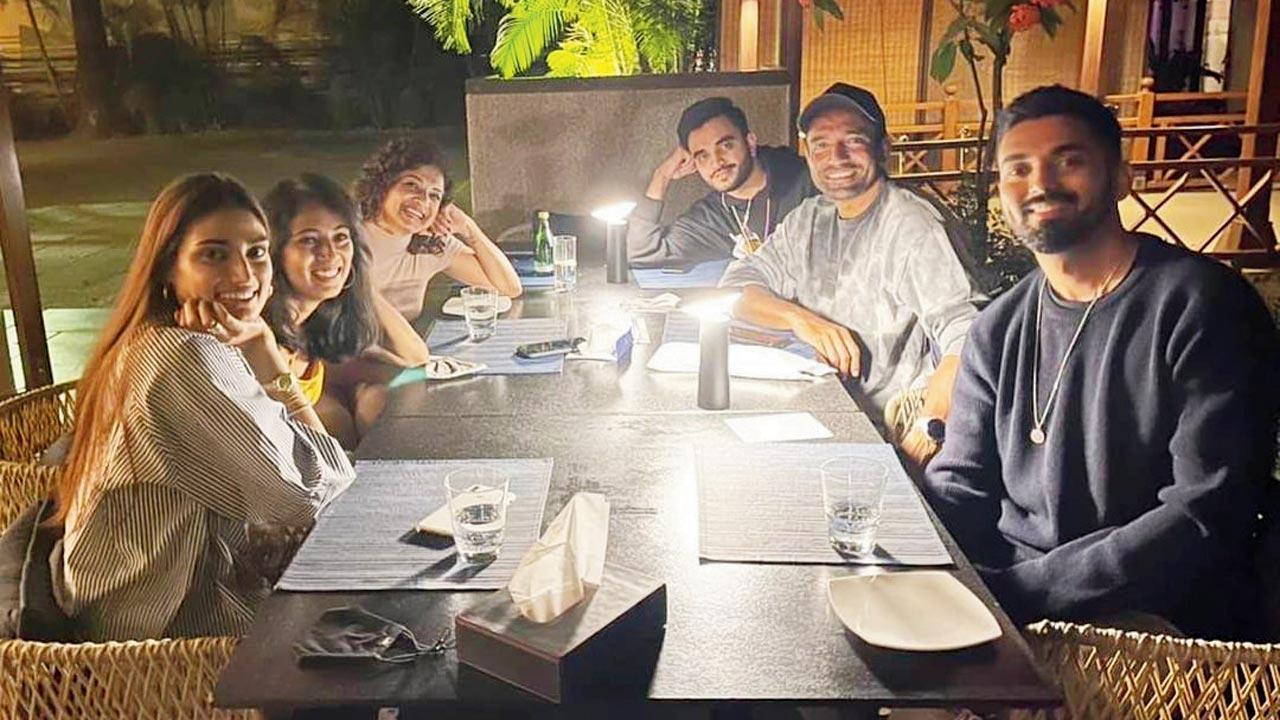 
Looks like Athiya Shetty has been welcomed to the WAGs club. She has started hanging out with rumoured cricketer beau K L Rahul's teammates and their wives. The two stepped out for dinner with Robin Uthappa and wife Shheethal.

Rahul's sister Bhavana and cricketer-entrepreneur Sinan Kader were also present. Shheethal posted a photograph of the night out. Earlier this month, when Shetty was asked by netizens to share an unseen picture with Rahul, she was quick to fulfill their request. Though Shetty and Rahul have been indulging in PDA on social media, they have not admitted to being in a relationship. Ever since buddy Akansha Ranjan Kapoor shared a picture of them in early 2019, there has been chatter about the two. Rahul and Shetty had jetted off to Thailand to ring in 2020. Will they make things official soon?

Rumours about them dating each other began last year after the cricketer posted an adorable picture, recreating a scene of Athiya's dad Suneil Shetty's film, Hera Pheri and captioned it: "Hello, Devi Prasad?" A while ago, dad Suniel Shetty reacted to rumours of daughter Athiya dating Rahul. He told IANS, "I am not having the relationship, and you (media) will have to ask Athiya about it. If it's true then you (media) come and tell me, and we will talk about it. If you don't know, how can you ask me?"

Talking about Athiya Shetty, she made her debut in Bollywood with Salman Khan's film, Hero (2015). She was later seen in Arjun Kapoor's Mubarakan (2017). The actress made her last on-screen appearance opposite Nawazuddin Siddiqui in Motichoor Chaknachoor.

Next Story : Mahesh Bhatt takes a step back