How do they heal? With friendship, they decide. So they get married and continue living their own lives 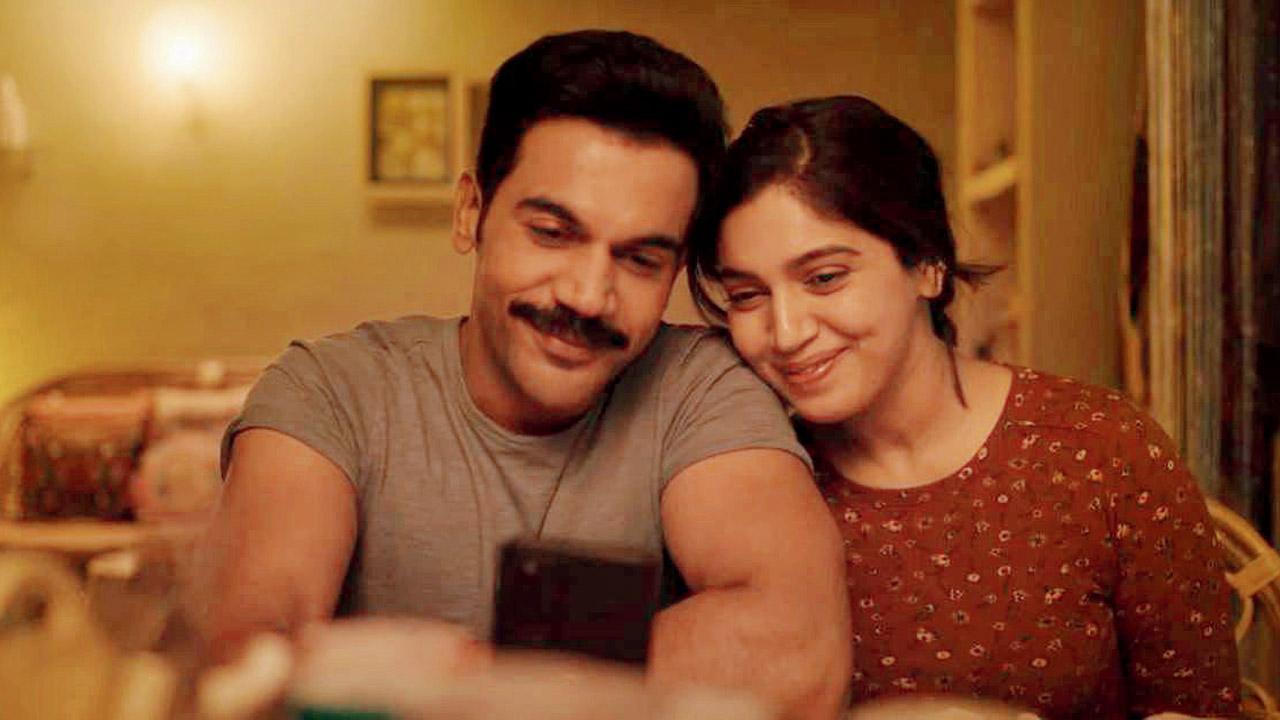 I found something fundamentally disconcerting about the timing of the release of Badhaai Do. Releasing in theatres two years after the Ayushmann Khurrana-starrer Shubh Mangal Zyada Saavdhan, the movie, that delves into a marriage of convenience between a lesbian woman and a homosexual man feels conformist at first. However, director Harshavardhan Kulkarni and his able team of writers — Suman Adhikary and Akshat Ghildial — have done better with the story at hand.

I’m glad to stand corrected as they impress with a film that, for the most part, feels sincere. Thankfully, they don’t treat the subject of homosexuality as a dramatic plot reveal, or an aspect that one needs to come to terms with. It’s tied to the identity of the lead characters so deeply that Kulkarni doesn’t use it for effect. And that’s what makes the world of a difference.

Bhumi Pednekar and Rajkummar Rao play Suman and Shardul, members of the LGBTQiA+ community living discreetly with their identities. Both deal with the baggage of their past relationships and the trauma that their closeted former partners have left them with. How do they heal? With friendship, they decide. So they get married and continue living their own lives.

But in India, marriages are more about two families and not merely two individuals. Soon after, they comfortably settle into their blissful cocoons — Suman finds love in Rimjhim (Chum Darang), while Shardul is wooing a lawyer (the brilliant Gulshan Devaiah) — while the women of their family egg them on to have children. As the film embarks upon the territory of children, we learn about challenges of adoption that same-sex couples face. While Kulkarni wants us to view with empathy the struggles that a gay person faces with their sexuality, he highlights how that tussle extends into other spheres, like finding acceptance from authorities and accomplishing cherished life goals like parenthood, as well.

The film lures you with its sweet intentions and even when it falters, you let the flaws pass. After all, telling such a story in a country like India is nothing short of a fight in itself. It helps that the movie is aided by two fabulous performers in Rao and Pednekar. They bicker and banter with familiarity and ease. Rao is charming as Shardul, who, despite his sexual choices, is strangely chauvinistic by virtue of his conditioning. It’s a tricky role to pull off, and Rao nails the nuances to perfection. Pednekar is a delight to watch, with her meet-cute with Rimjhim particularly standing out.

There are a few red flags, which a good-natured film like this should have re-examined on the editing table. Can gay men take the liberty of punching each other down just because they are both men? Kulkarni glosses over this without offering any resolution. The makers try to tell a story about queer lives and their struggles, but eventually get too consumed by the setting. Somehow, making jibes at ‘chachis’ becomes more important than the main plot.

Badhaai Do is an honest effort in the right direction, and one of the reasons it works is because it makes you wonder why the law doesn’t allow members of LGBTQiA+ community to marry and have children. I hope that’s the dialogue the film triggers.