Celebrating the year of OTT

Ahead of mid-day & Radio City's Hitlist OTT awards, India's top web bosses weigh in how the cloud of COVID had a silver lining that no one could’ve predicted 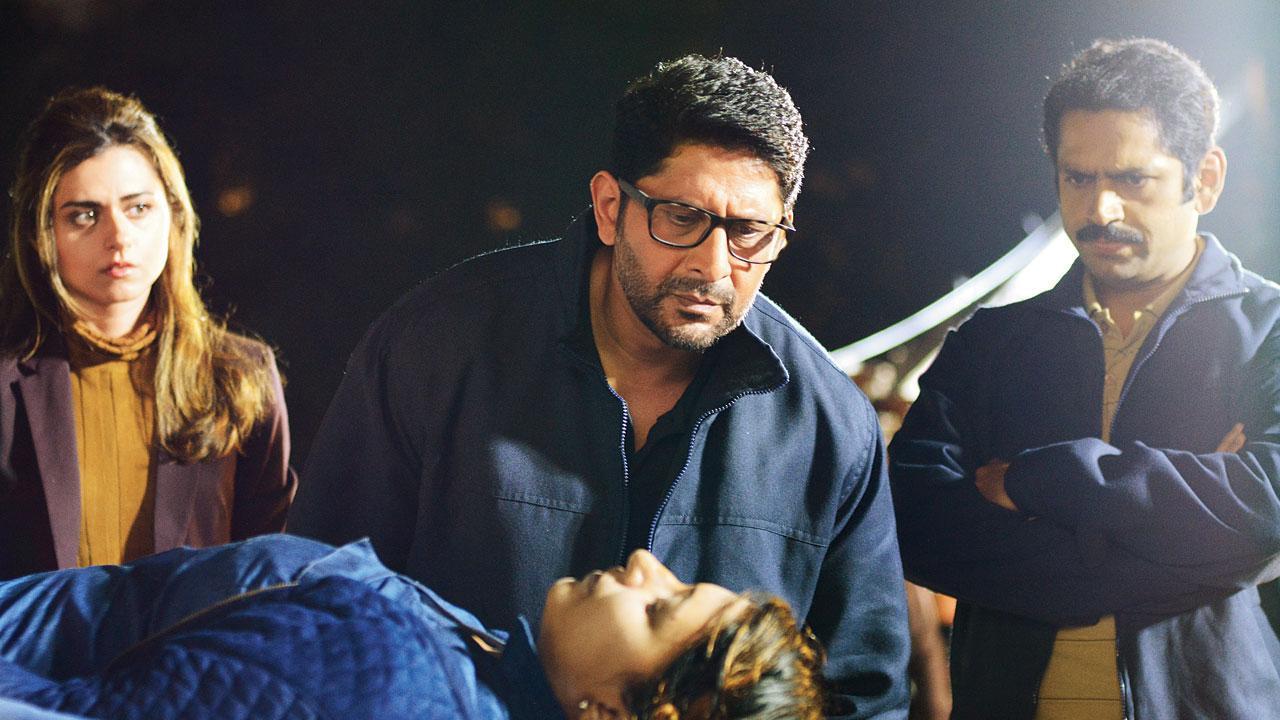 A still from Asur


Towards the end of 2019, Saugata Mukherjee, then with Hotstar, switched job to head original content for rival, Sony LIV. Except, Sony LIV as a streaming app wasn’t quite Hotstar's competitor in a real sense.

Because they had yet to develop a single web-only, original show or series. Which is strange, if you consider that Sony LIV is probably India’s first OTT platform - they’ve been around since 2013!

What was Sony LIV playing, up until early 2020? Catch-up TV - basically Sony broadcasting network’s shows downloaded on the app.

And then the pandemic struck. Production came to a halt. There was no new TV episode -  only audiences with an insatiable visual appetite, sitting at home, staring at a screen, when not out of the window.

Mukherjee recalls, “Sony LIV re-launched right in the middle of the pandemic [with original web content]. One couldn’t have planned for the frenetic pace at which we had to recalibrate, from technology, business and content development point of view -[lead time on] all of which had to be crunched dramatically.”

Likewise for Ferzad Palia, Voot as an app was also simply an advertising-led digital arm for Viacom as a TV broadcaster: “We’d been meaning to play the subscription game for sometime. We had to bring all the plans forward by about a year. Voot Select is a COVID baby. We launched on March 3, 2020. By March 16, we were working from home. To get tech like that so early in the game? It was chaotic as well, of course.”

But it paid off, as Palia points out, with audience numbers outgrowing estimates they’d made for both Year One and Two; and viewers from beyond top 10 Indian cities willing to pay for online entertainment, even post unlock!

Monika Shergill from Netflix, the nascent OTT industry’s first-mover in India, calls 2020 the year of “intense connection, with an acceleration in adoption [of streaming services]; a whole new set of audiences [coming in].”

The thriller Asur was the flagship show for Voot Select. Like Scam 1992 was for SonyLIV. Both of which have earned nominations at the mid-day and Radio City’s Hitlist OTT Awards that this discussion is a heads up for. Netflix has totally dominated the films and non-fiction nominations. They had 28 Indian original releases last year anyway, besides international productions, making Netflix an entertainment industry of its own!  Rather than just a streamer/app.

The best instance of an independent producer inadvertently benefitting from COVID-19 might well be Sameer Nair, from Applause Entertainment, who delivered 11 shows in 2020 alone, across platforms, including the nominated Criminal Justice: Behind Closed Doors on Disney+Hotstar.

Hungry eyeballs were all there. Library shelves on OTTs needed constant replenishment. While Nair denies there was a hard-sell on among platforms to pick up shows, rumours suggest the big Bollywood films were indeed up for top dollars, at astronomical rates, over a fierce bidding war, since theatres had shut down!

Shergill clarifies, “There is in fact a lot more juicy speculation around this; very little truth. What really happened is that with most services, there is already a pipeline of films you look at for a post theatrical [premiere]. Barring a couple of [mainstream] titles, most platforms that premiered [Bollywood] films [during pandemic] had already been signed up [from before].”

Which doesn’t take away from the bad blood between the OTT and cinema/theatre industry, as we speak, with the latter accusing top Bollywood producers of leaving the traditional exhibition sector in a lurch. Having sold off their major releases directly to web.

To a point that in a chicken-egg situation, theatre owners argue that, sure, cinemas have re-opened; and people aren’t still coming in. But even if they did, what’s there to watch?

Some of this drought was of course unavoidable. For example the Tamil event pic Soorarai Pottru that Guneet Monga co-produced: “We had a big music launch on a plane in February, 2020. And then with the lockdown and pandemic, we just kept sending out press releases for updates. We didn’t know how long this would continue?”

Nair reasons, “You really can’t fault anyone. Cinema is a heavily cash-flow business. And it’s not like movies will stop getting made. You can fight another day, once you survive.” Shergill is glad that Netflix and other OTTs stepped in to partner with Bollywood at this hour of need.

Rangita Pritish Nandy admits, “Surely there was job-loss in cinema business; even theatres that have shut down may never open again. But for a producer, [investment on a] film is a [financial] ticking bomb, until the [point of] release.” Nandy should know, having been a film producer for almost a couple of decades. Her nominated show Four More Shots Please 2 was declared the most watched Indian content on Amazon Prime Video during the early part of pandemic.

While much is made of the current fracas between OTTs and cinemas, the impact of the pandemic on the television industry — a more direct competitor, with people’s changed viewing habits — isn’t perhaps highlighted enough. Also given that traditional TV is dependent on advertising, which in turn relies on the health of the economy.

Nair says the ratio between earnings from subscription and advertising had already reached 50:50 ratio by 2020. As for advertising revenue, Palia (Voot Select) and Mukherjee (SonyLIV), both broadcasters in the OTT space, contend the numbers have nearly returned to pre-pandemic levels already.

This is no time for media obituaries whatsoever. Whether TV, cinema, web, broad consensus at the Sit with Hitlist huddle is that they will all co-exist. Both audiences and their options are potentially limitless.

Right down to an app like Mubi that shows only world cinema and art-house titles, and that Monga helped launch in India in 2019: “That library has completely captured the imagination of cinephiles.”

And, why, even Netflix could become network TV, no? Shergill says, “Taking our shows back to a linear feed on TV in France is something new for us. Either way, choice and ease for consumers will determine audience behaviour. Linear TV versus streaming, versus cinema, are all slightly different spaces.”

Hardly five years old, the Indian OTT industry has clearly outdone itself in terms of globally competitive content. Rare happy news of 2020 was Delhi Crime (Netflix) winning an Emmy, where Four More Shots Please (Amazon Prime Video) was also nominated. Some of this has to do with how, unlike cinema and TV, web platforms in India (like with other democracies) have so far grown without the restrictive shadow of external control/suppression/editing.

Panelists don’t deny that this might just change, for the worse; who knows, with cloud of COVID-19 receding, and the darkness of state censorship looming instead. OTT content bosses, I suspect, would prefer to sit out this part of the discussion.

Nair says, “We’ve grown up watching flowers kissing instead of humans, but we grew up, right?” Palia says, “Take heart from the fact that we’re still better than a lot of countries.” Monga says, “Iranian cinema is so beautiful, and then you see Korean content that’s travelling across the world.” “She’s just drawn those parallels straight, and given you the best quote,” Nandy suggests. Well.

Next Story : Koi Jaane Na: Aamir Khan has a fun time shooting for a song