Set around uncles, aunties, behenjis and gabru jawans, Chandigarh Kare Aashiqui is about a gym instructor who hooks up with the Zumba teacher, over some daytime drugs, and drinking, presumably 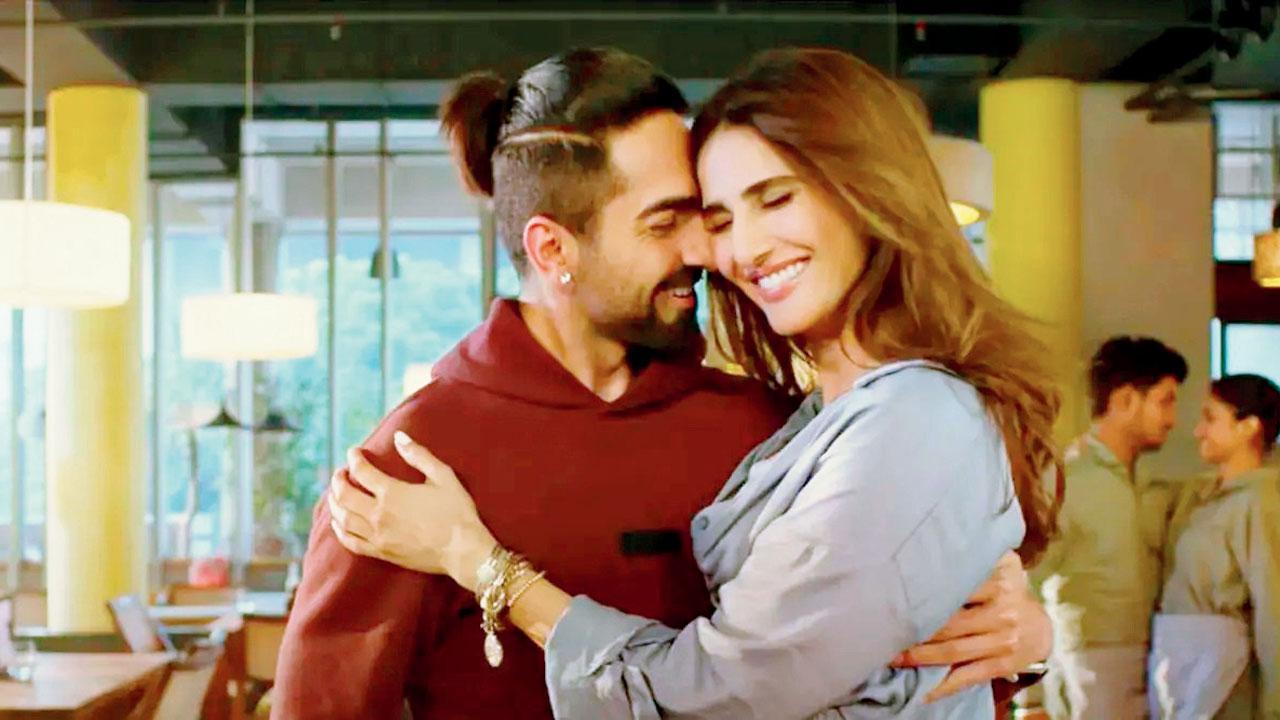 Now I’m often unsure, as you should be while writing social media posts on movies: How much should one reveal about a film, without that knowledge screwing up someone else’s experience; the “spoiler alert”, as it were.

For instance, Salman Khan’s Ek Tha Tiger (2012) is a love story, where the hero and heroine respectively are spies from India and Pakistan — a fact hidden from all of the picture’s publicity material. Would it not be better if you waited for that reveal during the film, rather than entering knowing it already?

It’s like avoiding scores/outcomes for a match, if you have missed its live telecast. The general rule I follow is the movie’s half-time. Anything before that isn’t a spoiler, strictly speaking.

And so, while the crew behind Abhishek Kapoor’s Chandigarh Kare Aashiqui did their best to conceal that this is a film about a man falling for a woman, who was herself a man once — she’s a “trans girl”, as she puts it — there’s just no way to talk about this movie, without mentioning that in the first place, no?

Speaking of Salman, the Chandigarh hero here plays just his type of role — a muscular jock, slightly misogynistic, ideally; with brains fixated on his macho image. Absolutely the last person you’d cast for such a Punjabi alpha munda is the softie Ayushmann Khurrana.

I don’t know: Is it that desi leading men over generations hardly ever changed anything about themselves for a role — including their hairstyle, and the audiences didn’t expect better either — that a stunning transformation of the hero alone is reason enough for a lot of us, including me, to be floored by a film already, and persistently go with the flow?

Khurrana with a pony tail and buzz cut from the sides, full-on cuts on his biceps and washboard abs, and legs that look like they’ve moved mountains for this movie, does just that — stun you with his makeover first. Giving gym goals that I sense a lot of small-town India is attempting at the moment. This showcasing can sometimes even be the point of the whole picture. Certainly true for certain parts here.

Although we’ve seen Shahid Kapoor pull off the same in Udta Punjab (2016), as did Vicky Kaushal in Manmarziyaan (2018), transformation wise, Khurrana’s seems a couple of notches over. The film itself attempts to do with Chandigarh, what Manmarziyaan did with Amritsar — guide you through its by lanes, learning a little about the posh sectors and down-market quarters (Dera Bassi) of this P-Town.

To be fair, with not even with half the pulsating energy of that Anurag Kashyap pic though. A twin dressed in the same clothes is clearly a nod to Manmarziyaan. This feels slightly flat and sparse in comparison. But, as you know, this is also a very different kinda love story.

Set around uncles, aunties, behenjis and gabru jawans, Chandigarh Kare Aashiqui is about a gym instructor who hooks up with the Zumba teacher, over some daytime drugs, and drinking, presumably. That this happens over Holi is a nice touch, actually, before moralists start accusing Bollywood of inventing India’s drug culture! What follows is much sex, and dhokha, if you insist.

That the girl has gone Denmark, meaning undergone sex-change operation in the past, shocks the living daylights outta the guy, once he learns this fact. As a counter factual, I wonder if the conflict would deepen still, if he had known her closely or casually as a man once, and that she identifies herself as a woman now. That’s not the case.

You wonder still what someone like her would go through, dealing with everyday life, let alone if it involves love at all. While capital of two Indian states and a union territory of its own—can’t get higher in admin status — Chandigarh is still a small town in many ways, hardly allowing for the comfortable anonymity that metropolitan cities do.

Within constructs of popular entertainment then, a decent score included, checking all boxes of a well-meaning movie still, the filmmakers eventually manage to immeasurably empower an invisible community that could do with a lot of mainstream empathy and love—retaining your interest as an audience, especially in the film’s second half, that’s actually better than the first; God knows that’s rare.

Let me think of similar tent-pole Hindi movie attempts in the recent past. Ek Ladki Ko Dekha Toh Aisa Laga (2019) — such a stretch. Khurrana’s own Shubh Mangal Zyaada Saavdhan (2020) — so unnecessarily over-the-top. This one, way better, for sure.

Also Read: 'Ayushmann Khurrana is bridging the gap between tentpole and parallel cinema'

Next Story : Have you heard? Vicky Kaushal and Katrina Kaif have a new address